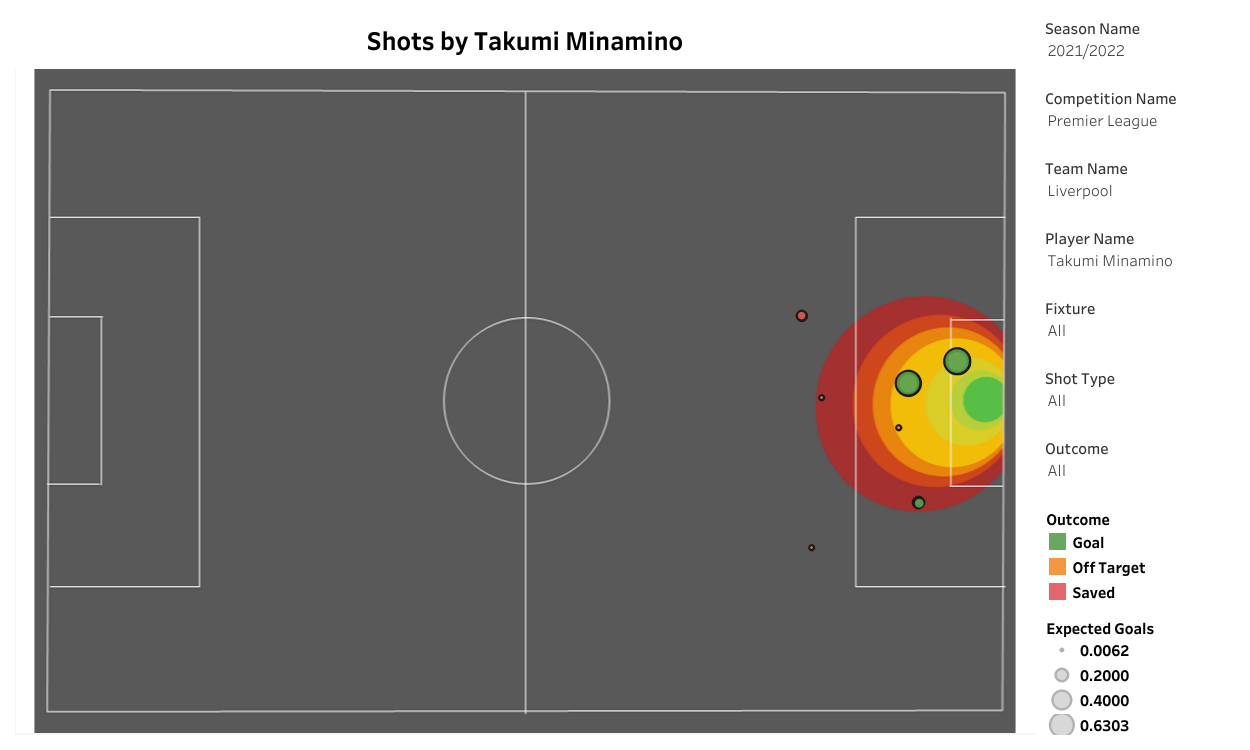 Leeds United have already strengthened their squad ahead of the next season, having added Brenden Aaronson, Rasmus Kristensen and Marc Roca. The former two joined from Austrian Champions RB Salzburg, while Roca joined from German champions Bayern Munich. Having signed midfielders and a defender, it is now time for the Whites to reinforce the attack, especially with the Raphinha situation still unsolved. One attacker who could join Elland Road is Liverpool’s Takumi Minamino. Here, we will dissect what the Japanese forward could bring to the Leeds United attack. 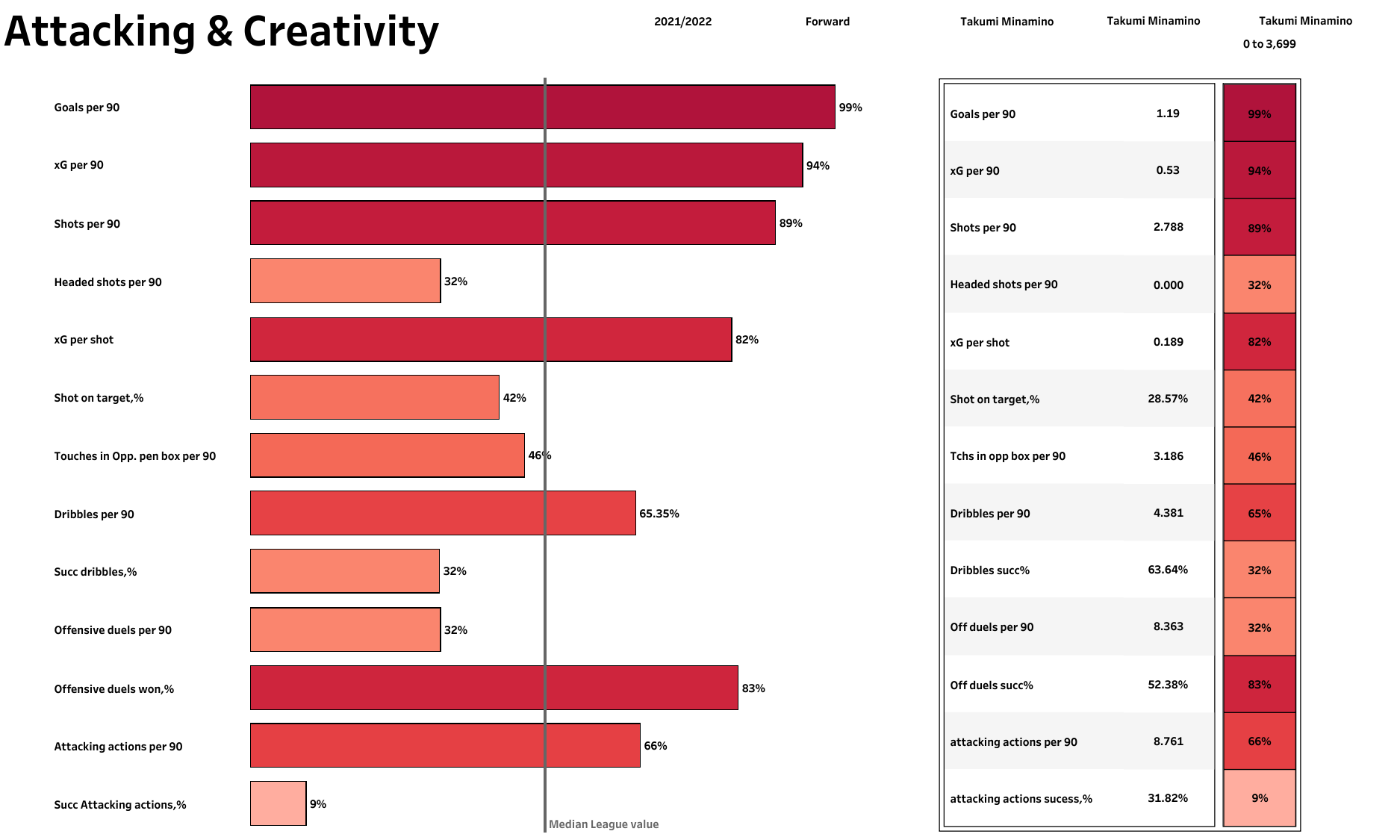 Minamino made 11 appearances for Liverpool in the recent 2021-22 Premier League season. However, only one of these games saw him start and the winger played just 186 minutes of action in the Premier League. But, in his little time on the pitch, Minamino scored thrice for the Reds. The Japanese forward scored at a whopping rate of 1.19 goals per 90, which was more than twice the rate of xG per 90 of 0.53. However, it is very clear that this rate of goalscoring is unsustainable. Still, he ranked in the top 6% for forwards for xG per 90. The 27-year-old took 2.78 shots per 90, which put him in the top 11%. He also generated an xG per shot of 0.189. The Japanese also came out successful in 52.38% of the offensive duels he contested, ranking him in the upper quintile for forwards. 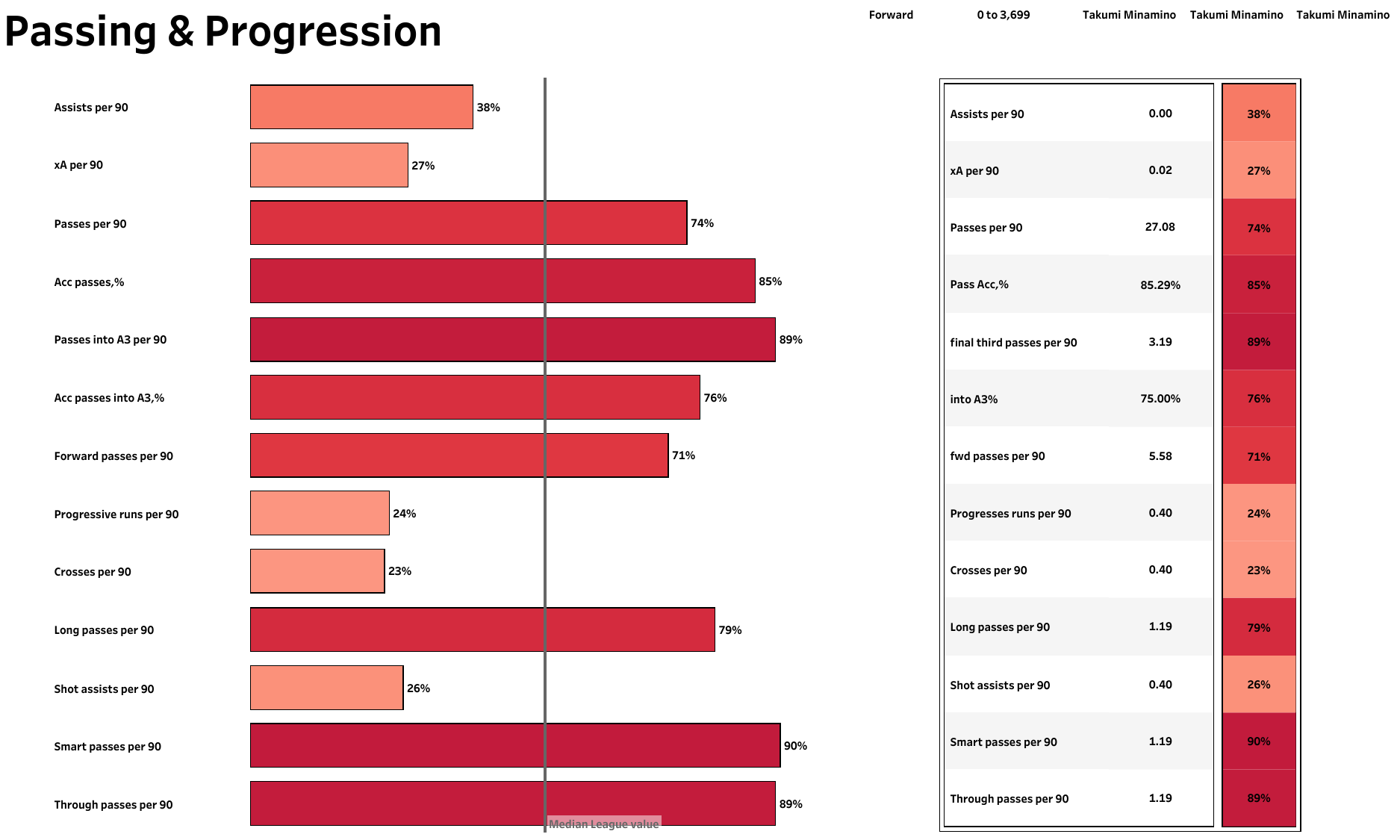 Minamino may not have registered an assist, but he was an active player in Jurgen Klopp’s men whilst he was out there on the pitch. He attempted just over 27 passes per 90 at a highly respectable 85.29%, the latter of which put him in the topmost quintile for forwards. Minamino also attempted 3.19 balls into the final third per 90, ranking him in the top 11% for forwards. The Japanese wide man is in the 90th and 89th percentiles for smart assists per 90 (1.19) and through passes per 90 (also 1.19), respectively.

The limited game-time received by Takumi Minamino can be seen on the above shot map as he took only seven shots throughout the 2021-22 Premier League campaign. Four of those shot attempts came from inside the box, including all of his three goals. Minamino required 2.33 shot attempts to score a goal and 1.33 attempts on target to find the back of the net.

Takumi Minamino has struggled for regular game-time at Liverpool since his arrival from Austrian giants, RB Salzburg. And now with the arrival of Darwin Nunez from Benfica, the 27-year-old winger has been a wantaway player for Liverpool. Leeds United should attempt to sign the Japanese man as he could not only strengthen the Whites’ attack but also be a possible replacement for Raphinha at Elland Road.