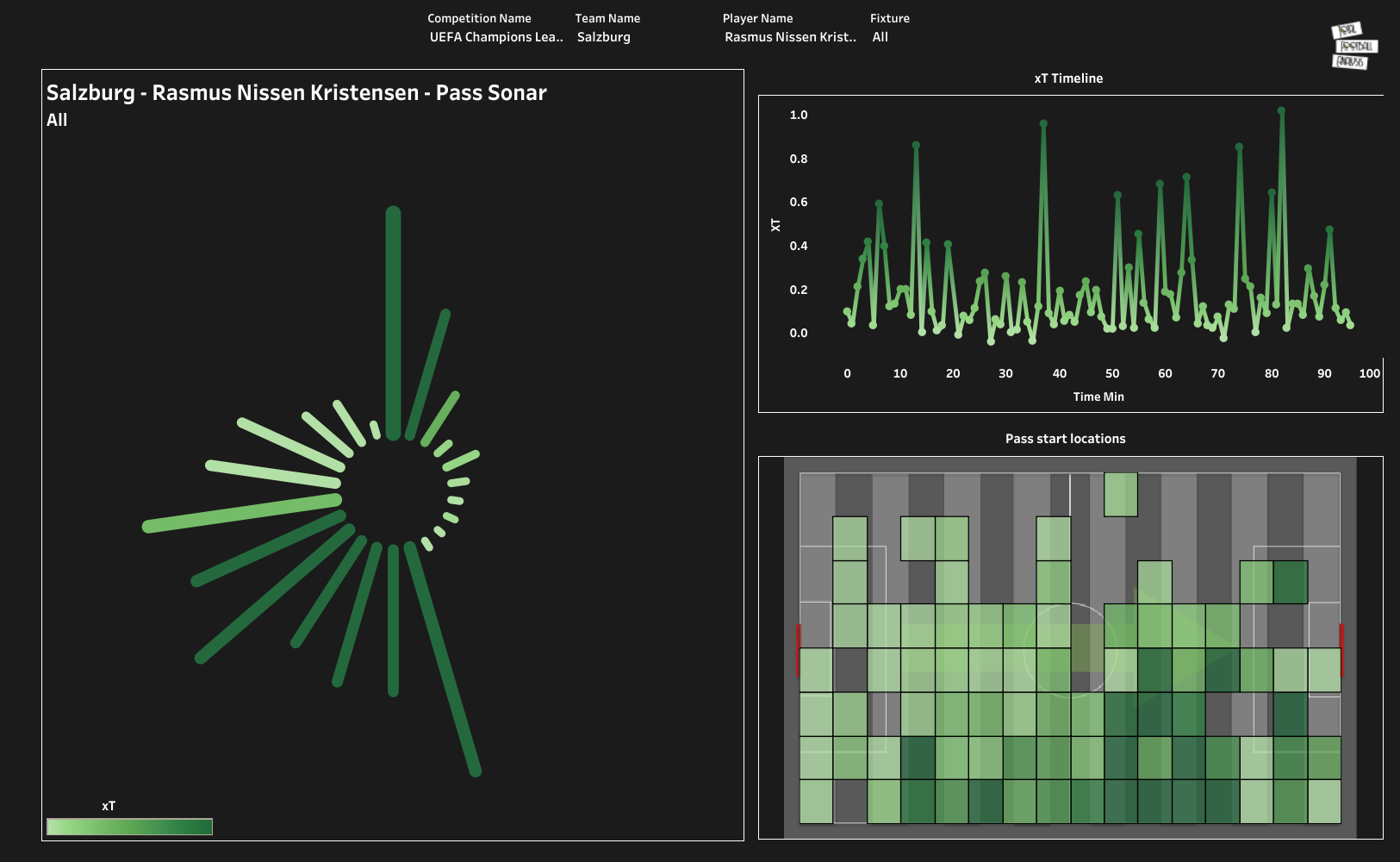 Leeds United had a very leaky backline in the recently concluded Premier League season, shipping 79 goals (2.08 per game) throughout the campaign. This figure is higher than xGA of 70 goals. The Whites have signed Brenden Aaronson from Red Bull Salzburg, but they may raid the Austrian champions again, this time for the right-back, Rasmus Kristensen, according to several reports. Here, we will take a look at the Dane’s profile and see what he could bring to Leeds United’s right-back position. 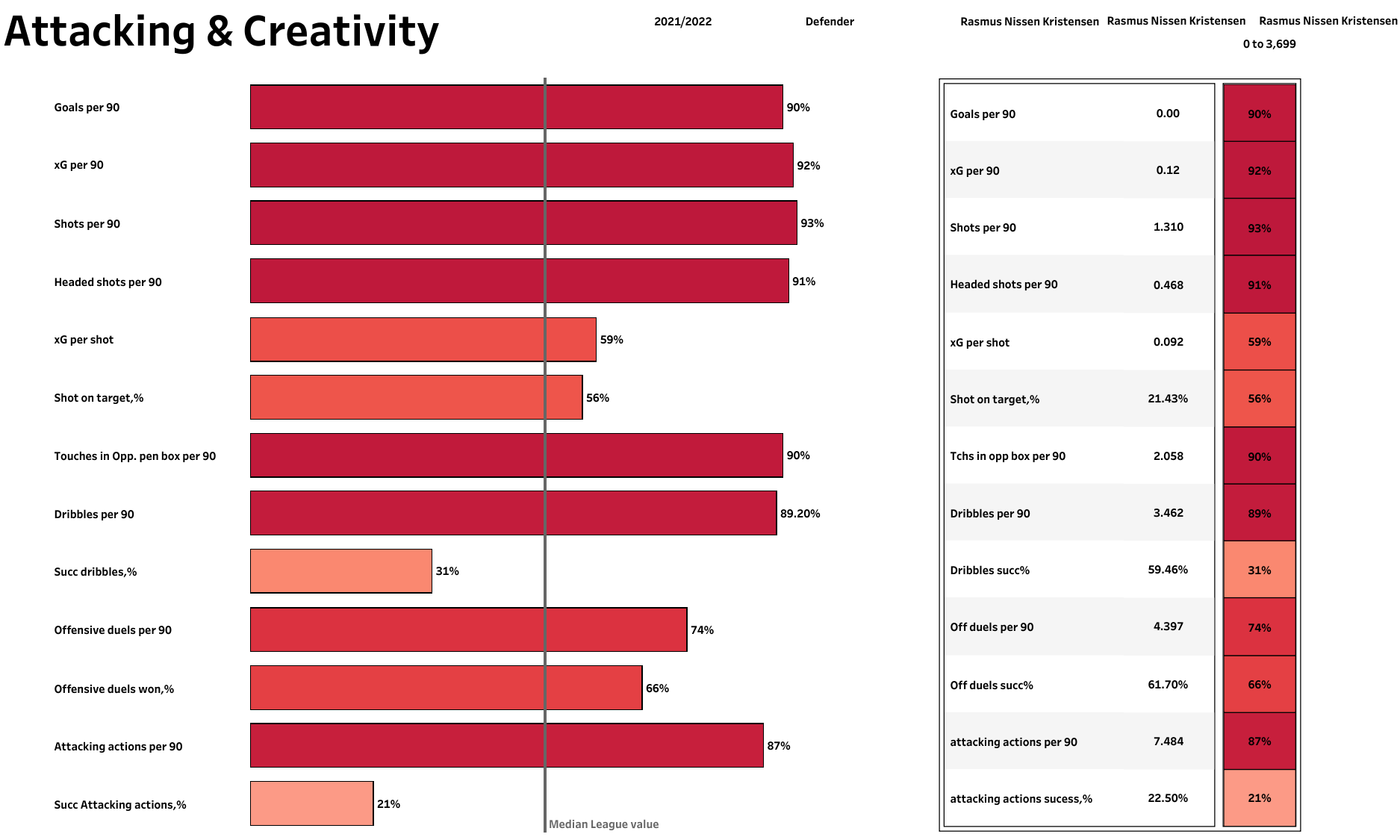 Kristensen played every minute of Red Bull Salzburg’s UEFA Champions League campaign as the Austrian side reached the Round of 16, finishing ahead of Sevilla and Wolfsburg in the group stages. Even though he did not score in the competition, he generated an xG of 0.12 per 90, ranking him in the top 8% of full-backs. The Dane attempted 1.3 shots per 90, which was more than 93% of the full-backs in the UCL. The 24-year-old took more than two touches per game in the opposition’s penalty box and also managed to complete nearly 60% of his dribbles.

Kristensen provided one assist for Red Bull Salzburg in the eight games he featured in. His xA per 90 stood at 0.08 per 90. The Dane attempted 8.42 passes into the final third per game but completed only a shade over half of them. The completion rate of 53.33% in this category ranks Kristensen in the bottom quartile. As far as smart passes are concerned, the 24-year-old produced 0.75 per 90, which put him in the 91st percentile for full-backs.

As a right-back, Kristensen was involved in his third, midfield and attacking third in this UEFA Champions League campaign. Going forward, the Dane completed 39 progressive passes, 28 passes into the final third, 26 progressive carries, eight carries into the attacking third and four passes into the opposition’s penalty box. Defensively, he attempted 145 pressures (40 were successful), 50 tackles and interceptions, 22 clearances and 15 blocks.

Rasmus Kristensen has had three seasons of Champions League experience with the Austrian giants. Considering that, the Dane would be a huge upgrade over Luke Ayling and Stuart Dallas at the right-back position at Elland Road.