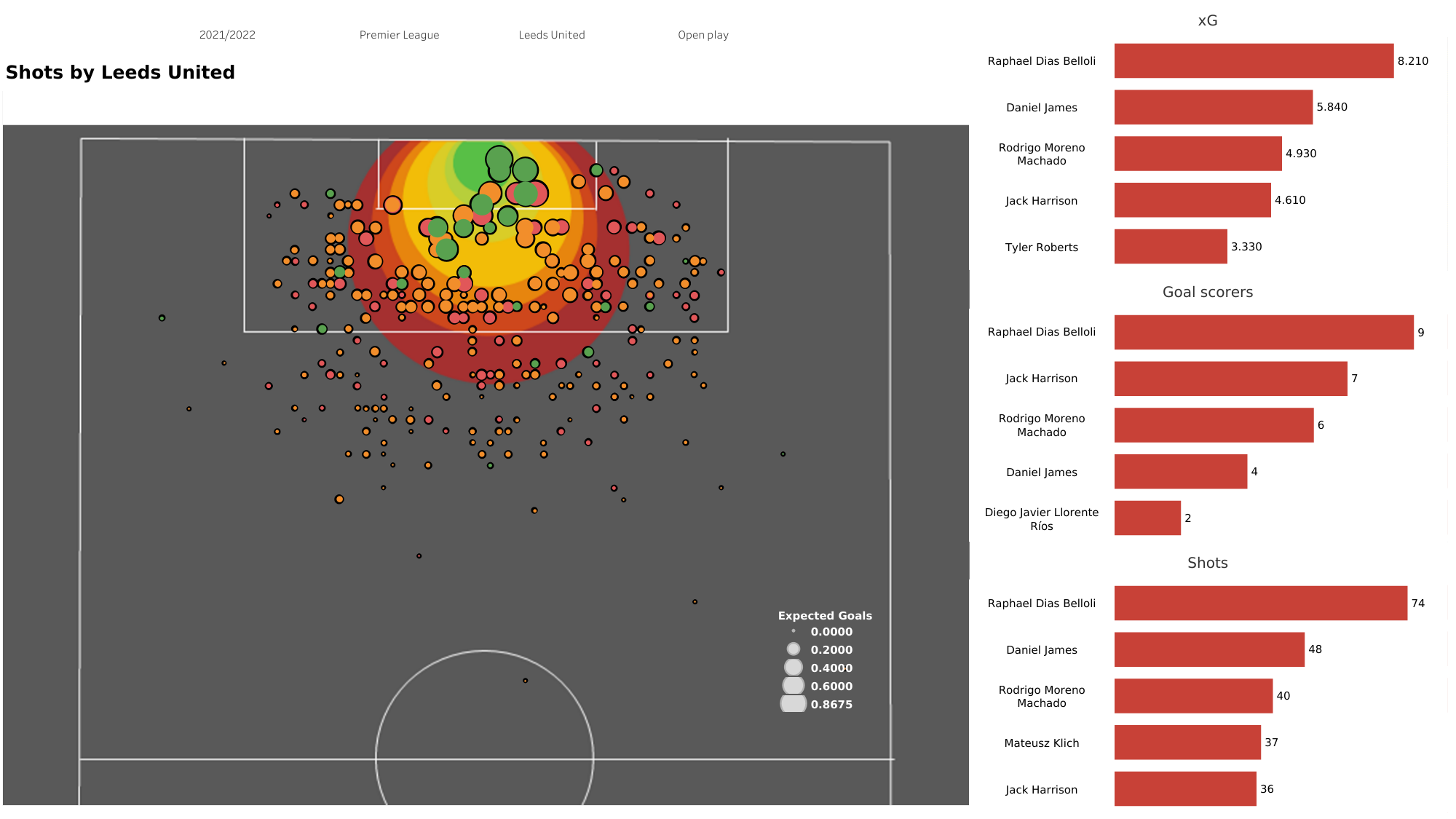 Leeds United will play Crystal Palace at Selhurst Park on Monday night in the Premier League. Patrick Vieira’s team lost 0-2 to Chelsea in the FA Cup semi-finals last weekend, as well as 1-0 to Newcastle United in midweek, while the Whites defeated Watford three weeks ago.

Crystal Palace sit 14th in the Premier League, four points behind ninth-placed Leicester City, who have a game in hand. Crystal Palace come into this game off a 0-1 league loss to Eddie Howe’s Newcastle United. Newcastle United won thanks to a first-half goal from midfielder Miguel Almiron. 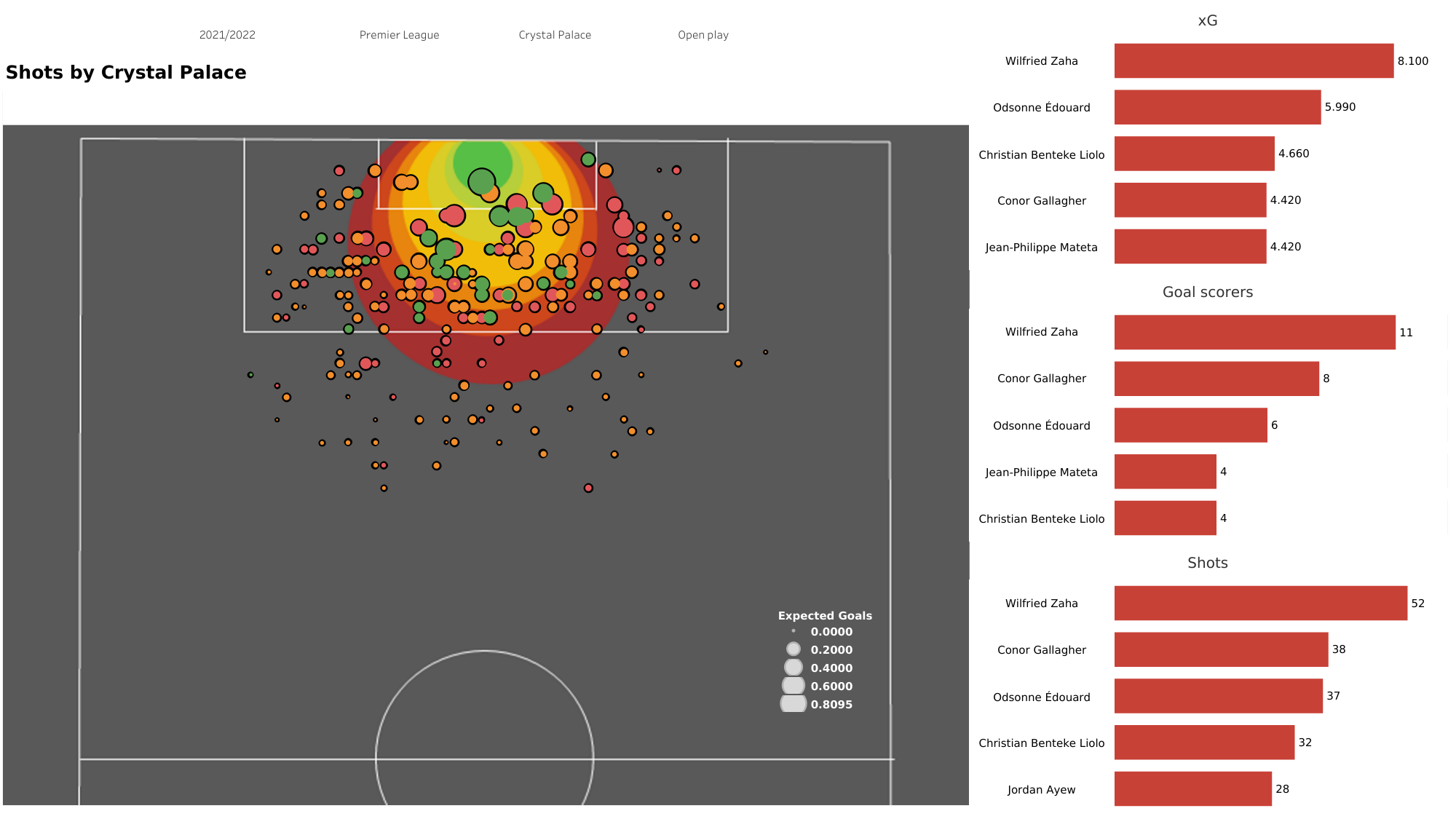 Crystal Palace have attempted 310 shots this season, with 118 of them finding the target. The above viz shows all the shots attempted in open play. Palace have scored plenty of goals from just outside the opposition’s six-yard box. Wilfried Zaha has attempted the most shots and has also scored the most goals for his team in the Premier League. He has generated an overall xG of 8.1 from his 52 shots on goal. 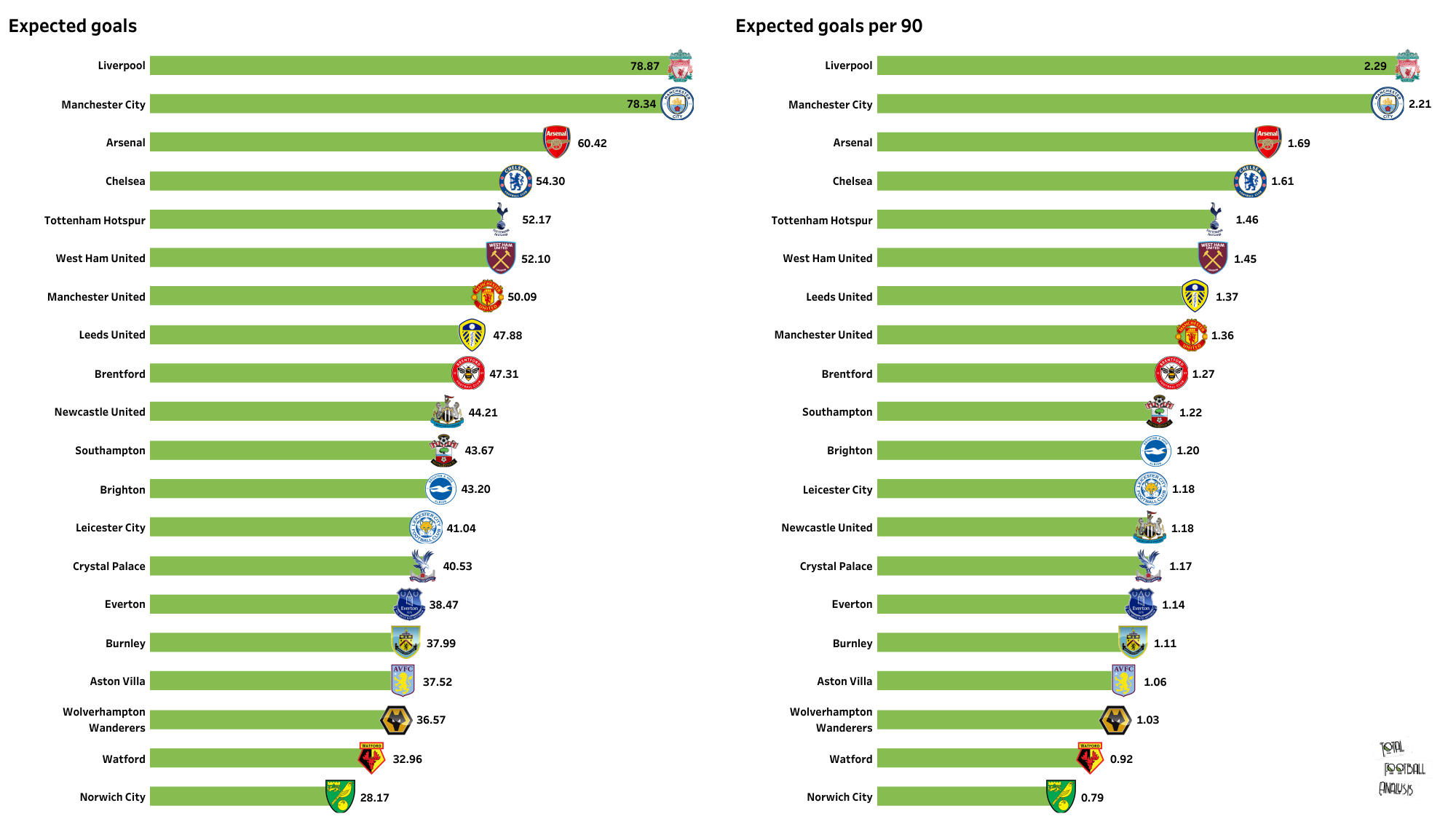 Leeds United, on the other hand, sit in 16th place in the league, four points below Crystal Palace. After an inconsistent season, the club sacked Marcelo Bielsa, but the new manager, Jesse Marsch, has enjoyed a promising start to his time at Leeds. They beat Roy Hodgson’s Watford 3-0 in the league. Goals from Raphinha, Rodrigo Moreno and winger Jack Harrison sealed the deal for Jesse Marsch’s Leeds United. Leeds have now won 10 points out of a possible 12 in their last four Premier League games. In their previous four games, they have won three and drawn one. 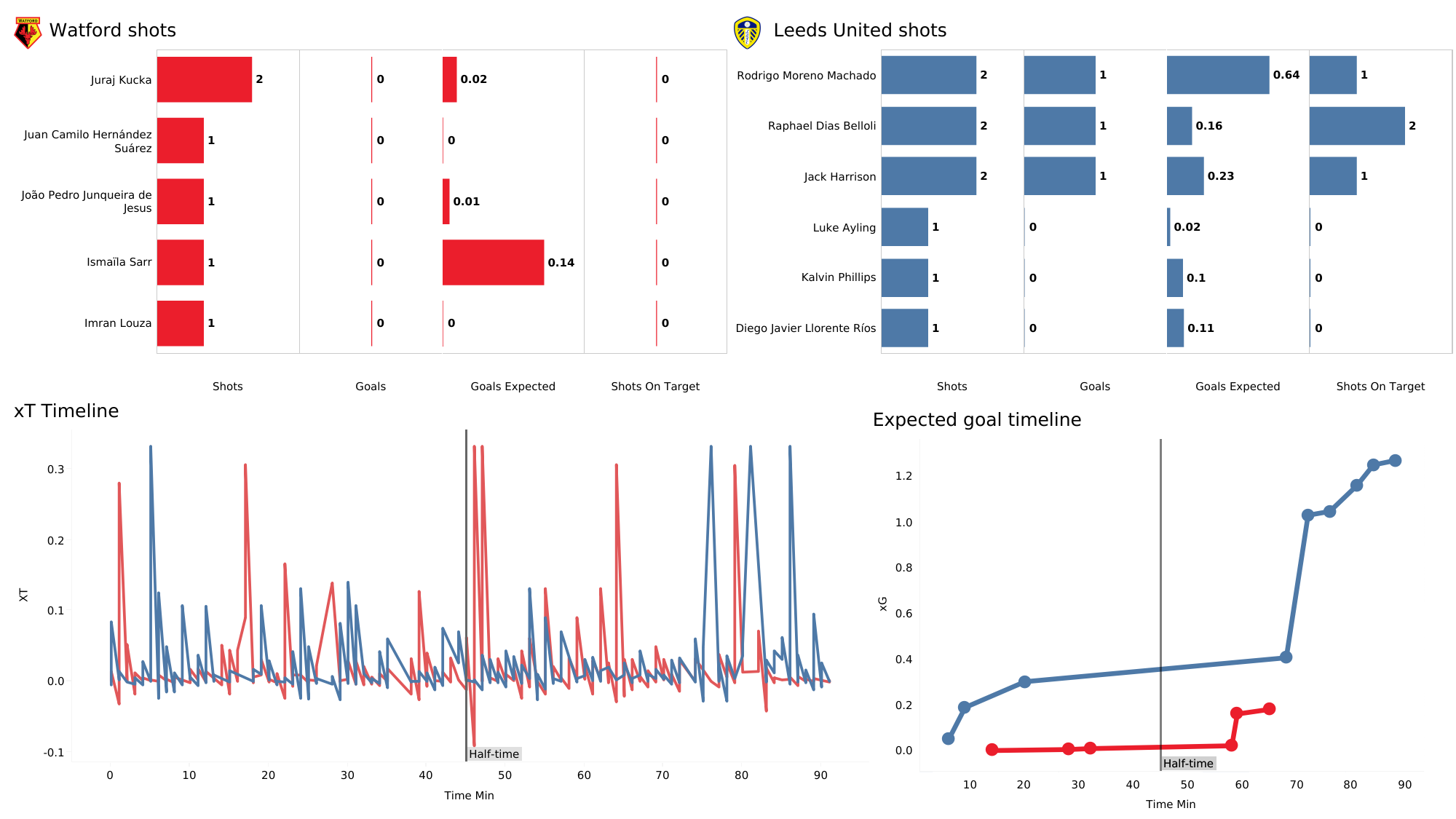 Leeds United had a very good game on both fronts in their previous Premier League clash against Watford. They were very good offensively and did not allow Watford a single shot on target. They also created a higher threat in front of the goal.

Leeds United have attempted 414 shots on goal and managed to hit the target 137 times. The above viz shows that Leeds United players have scored most of their goals from the middle of the penalty area. Raphinha is their top scorer in the season so far and has generated an xG of 8.210 from his 74 shots on goal.

Leeds remain only two points clear of Burnley in 16th, and four points ahead of Everton, who have moved into the relegation zone. Leeds have a game in hand and need to capitalise on this situation and grab a win to scrap all the relegation talks.

Transfer Talk: Nathan Collins – The Irishman who could add stability...

Should Raphinha wait for ‘bigger clubs’ before joining Arsenal?