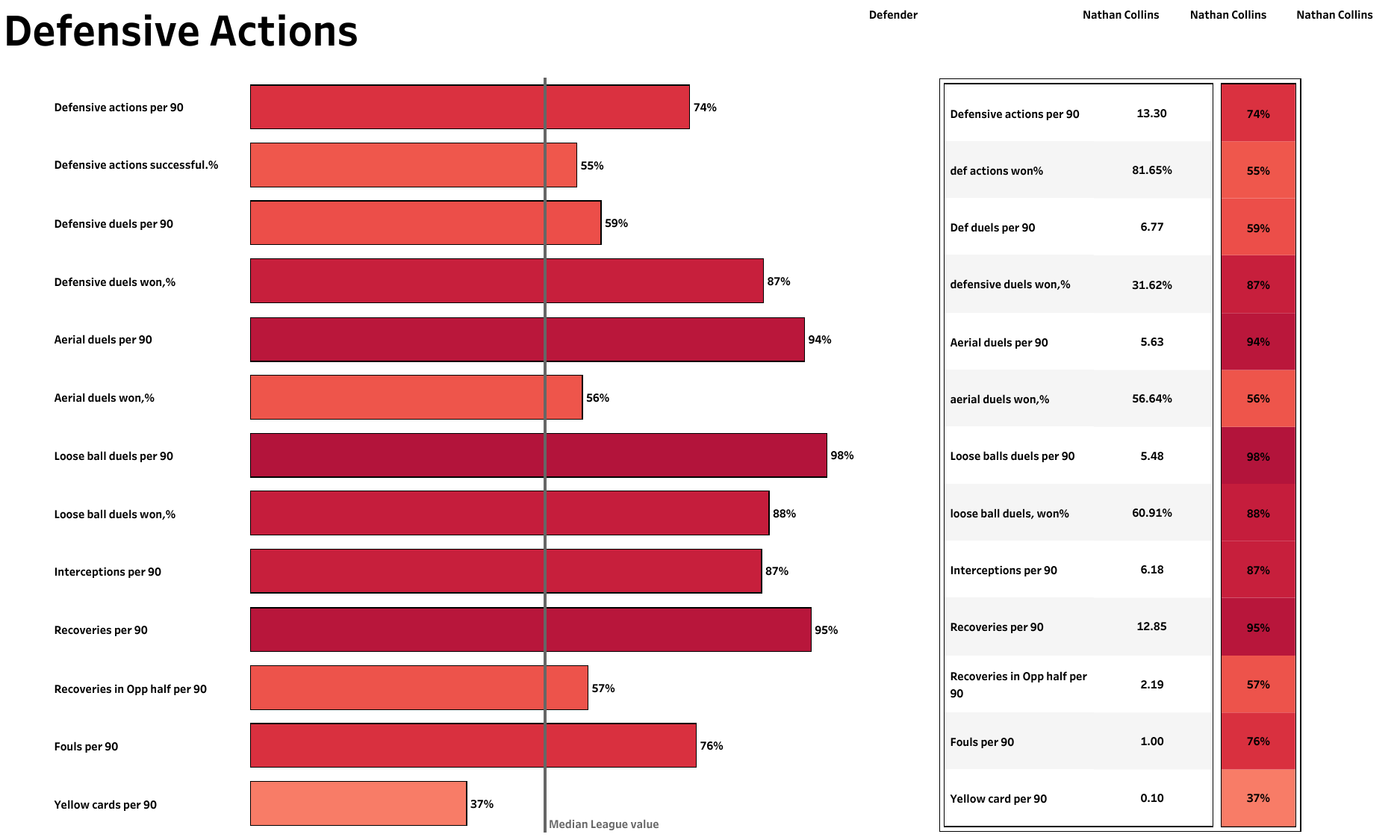 Leeds United narrowly escaped relegation on the final matchday of the season. One of the reasons they were embroiled in a relegation battle was their leaky defence. The Whites conceded 79 goals this season, which is the second-worst defensive record in the league, behind only Norwich. If the team from West Yorkshire are to improve on their 17th place finish, they must fix their leaky backline. One such name who could be on the market is Burnley defender Nathan Collins. In this article, we will dissect the Irishman’s performances at Turf Moor.

Nathan Collins arrived from Stoke City in the summer of 2021 after impressing in the Championship for the Potters. The Irishman has played 1,670 minutes of Premier League football this season at centre-back and has even managed to score twice in that period. Collins has made fouls at a rate of one per 90, which puts him in the upper quartile. 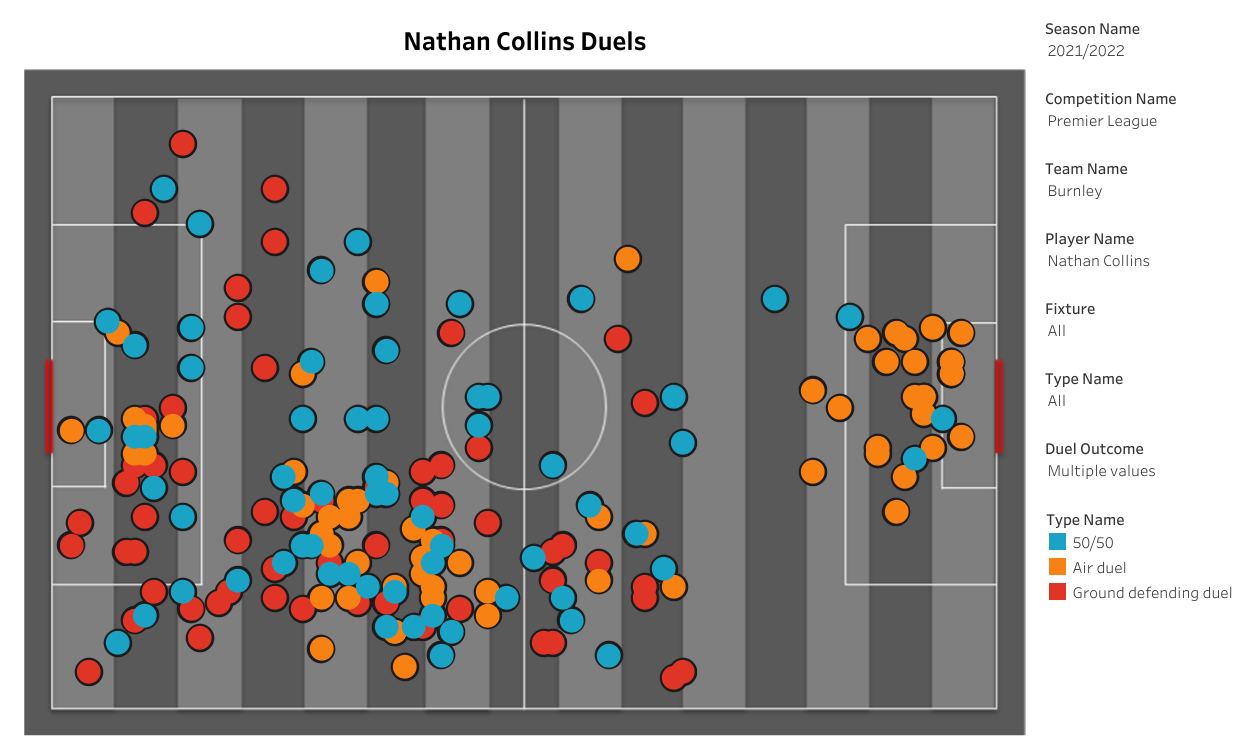 Shown above are the locations of duels contested and won by Nathan Collins for Burnley in the 2021-22 Premier League. During his limited game-time, Collins has had 13.3 defensive actions per 90 and has come out successful in 81.65% of the occasions. With a 31.62% success in defensive duels, he ranks in the top 13% for defenders in this category. Using his height of 193 cm, the Irishman has attempted 5.63 aerial duels per 90. Though his success rate of 56.64% is above the median value, it is not by much. Collins has attempted 5.48 loose ball duels per 90 and is successful in 60.91% of them. 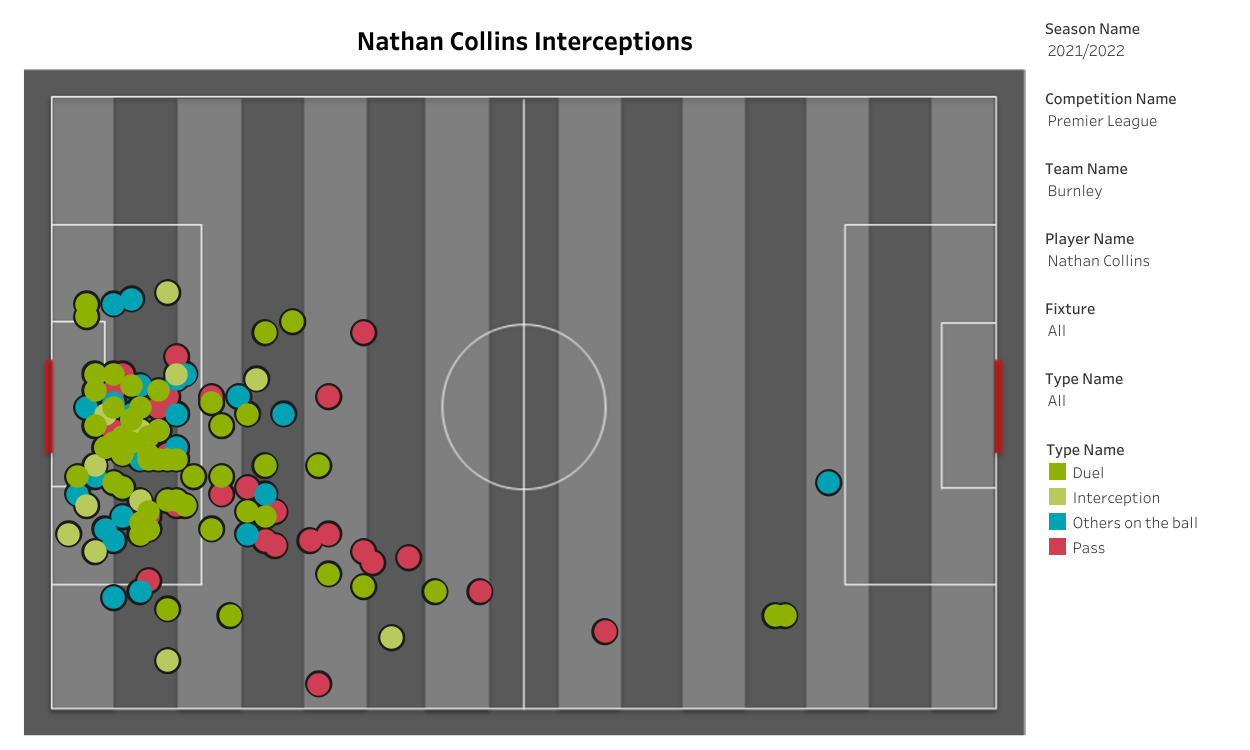 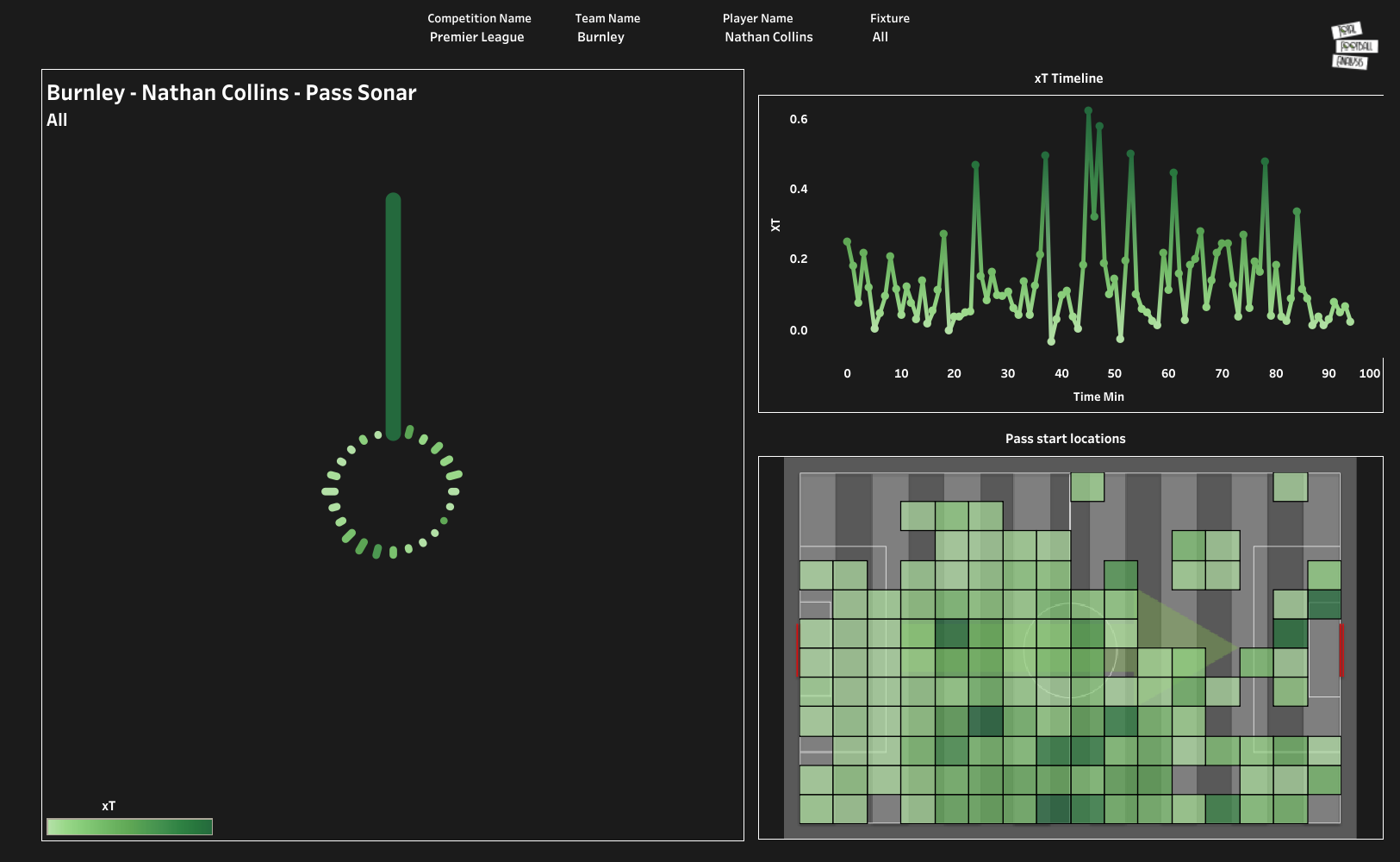 Seen in the above visual are the xT map, xT timeline and pass sonar of Collins for Burnley in the recently concluded Premier League season. The Irishman completed 45 progressive passes and 41 passes into the attacking third during his limited playing time for the Clarets. However, his pass accuracy was below average for a centre-back as only 72.1% of his passes found a teammate. This, perhaps, explains why he has had so many clearances in this campaign because he prioritises safety over finesse and skill.

Nathan Collins’ performances have been good enough to generate interest among many Premier League clubs. However, the Irishman’s improvement combined with Burnley’s relegation means Leeds face competition for his signature as the Whites look for a comfortable mid-table finish rather than a protracted relegation battle.