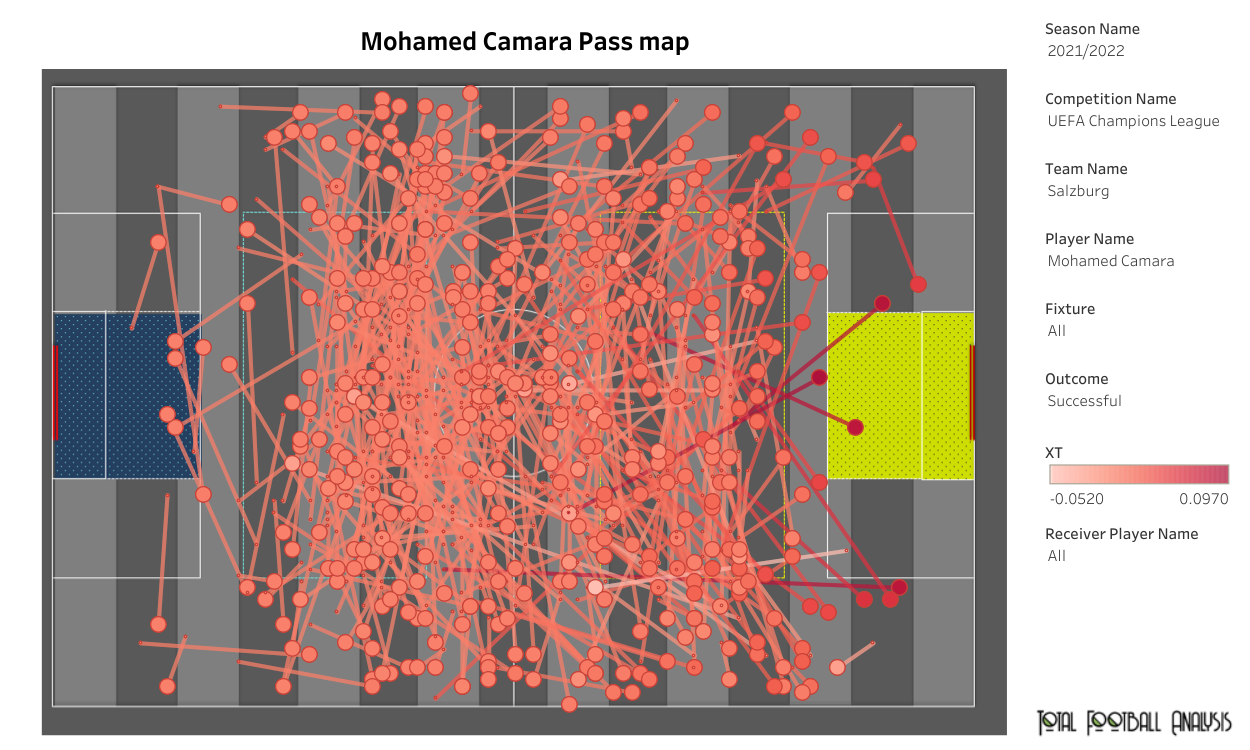 With Kalvin Phillips’ departure to Manchester City looking increasingly likely, Leeds United may be left with no natural defensive midfielder come the start of the 2022-23 season. Yes, they have signed Brenden Aaronson and Marc Roca, but the former is an attacking midfielder. Roca might be a defensive midfielder, but his role will be more focused on progressing the ball rather than winning it. According to reports, it seems the Whites will raid Red Bull Salzburg again. This time, they are being linked with the services of Malian midfielder, Mohamed Camara. 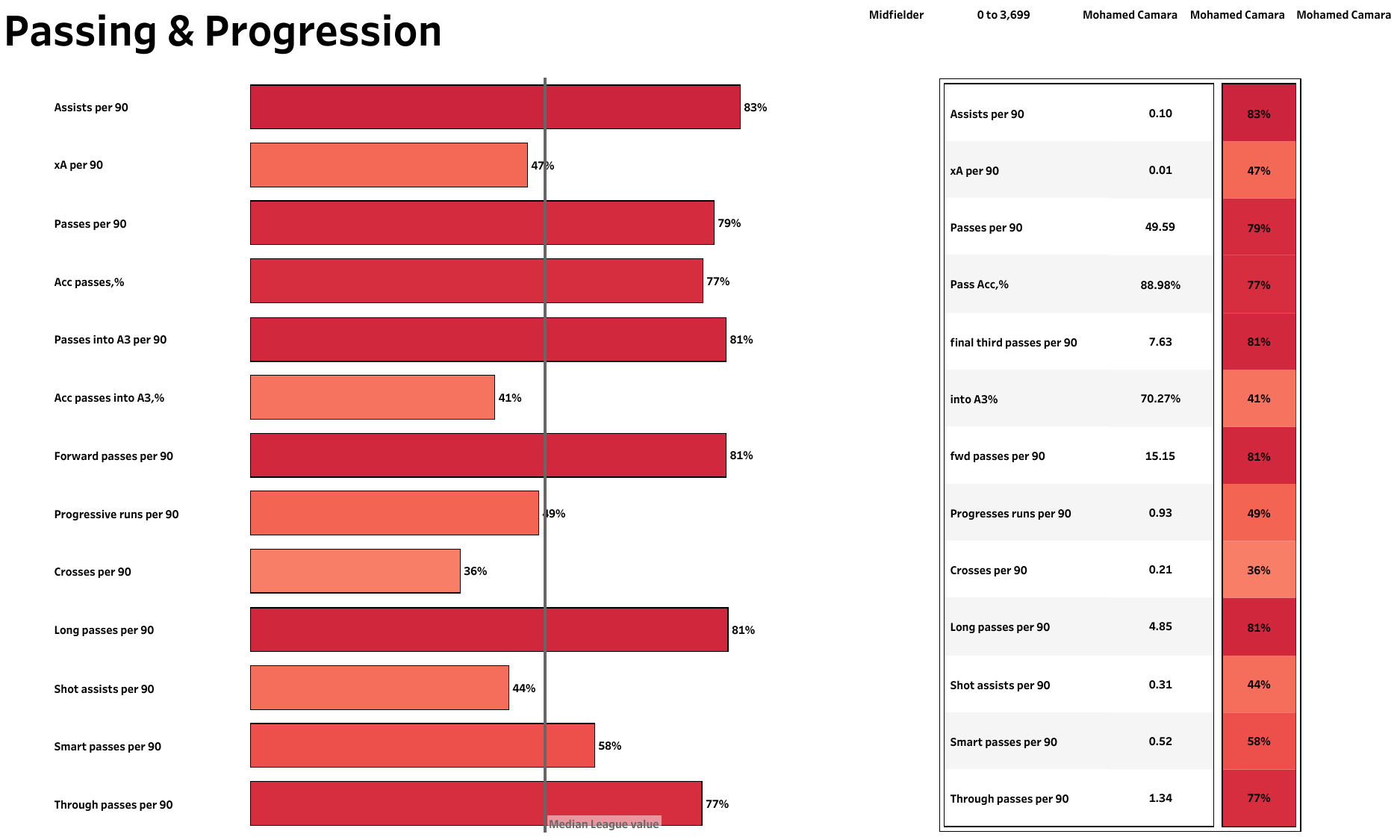 Camara played 36 matches across in all competitions for Red Bull Salzburg, including 10 in the UEFA Champions League, of which two came in the qualifying rounds. He started all eight games for the club in the UCL, playing for 669 minutes. He was a fairly active man in midfield, averaging just below 50 passes per game at an accuracy a shade below 89%. The Malian also attempted 7.63 passes into the final third per 90 and found a teammate on 70% of the occasions. He was a bit of a long ball specialist as he completed 4.85 long passes per 90, ranking him in the upper quintile among midfielders. 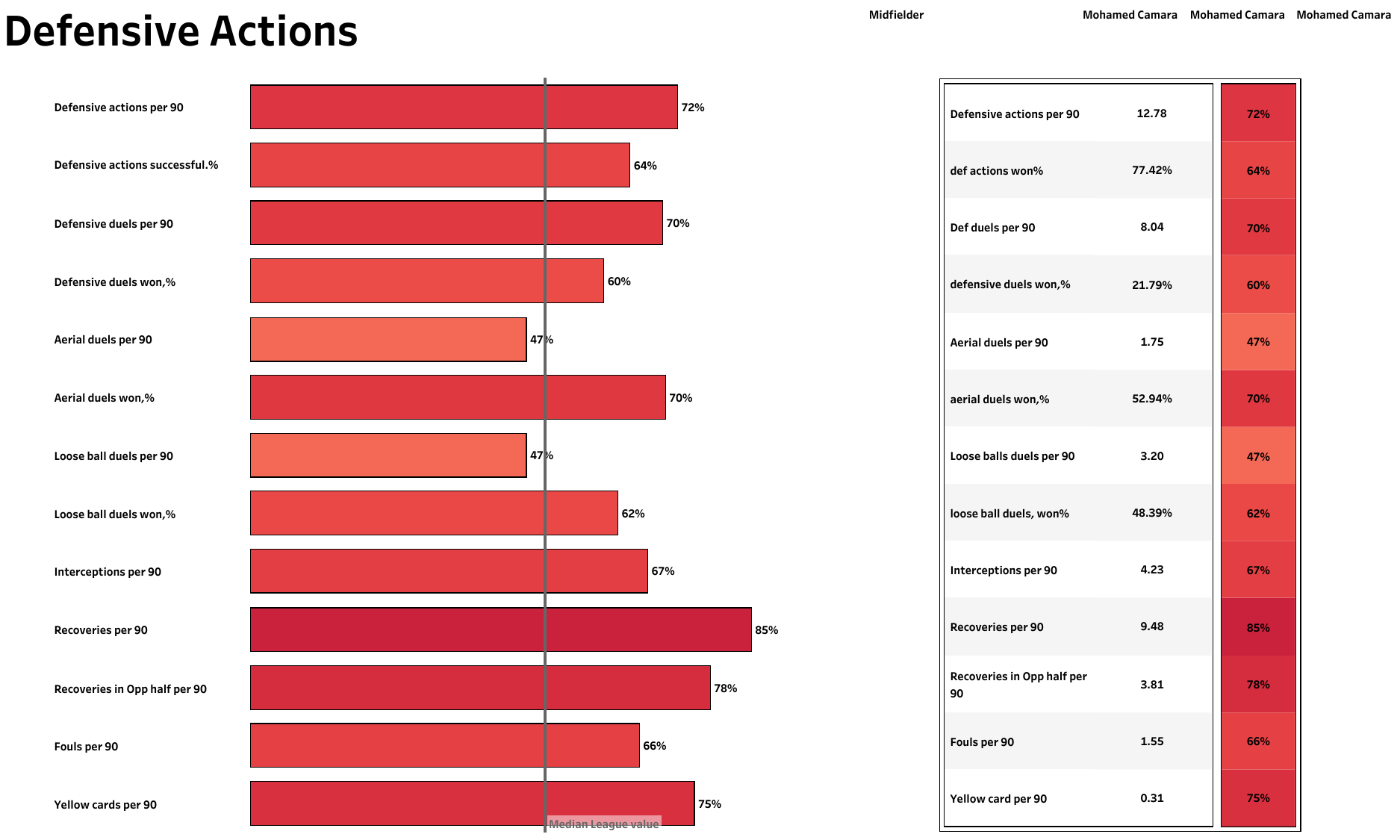 Camara attempted close to 13 defensive actions per 90, winning 77.42% of them. He was involved in more than eight defensive duels per 90, being successful in nearly 22% of those encounters. Despite standing at just 174 cm, he won more than half the aerial duels he contested. The midfielder, who was born in Bamako, also recovered more than 48% of the loose balls for the team. He made 4.23 interceptions per 90, 9.48 recoveries per 90 and 3.81 recoveries in the opponents’ half per 90. In the latter two categories, he ranked in the top 15% and top 22%, respectively, among midfielders. 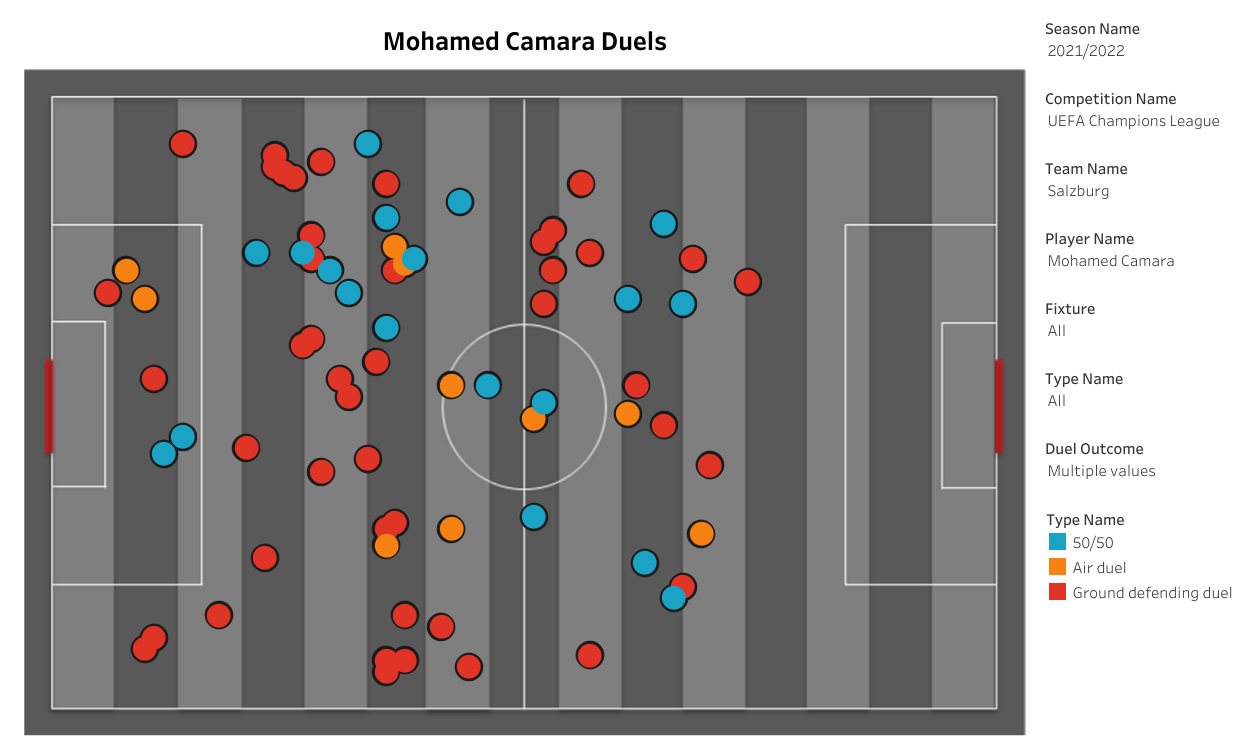 Camara won the vast majority of his duels in the form of ground-based defending duels, followed by 50/50s and aerial duels, as seen in the above image. He won these duels in the centre of the park, with some of them also coming in the defensive third of the field. But the 15-capped Malian rarely won these very same duels in the attacking third as he preferred to anchor the midfield and win possession back in deeper areas.

It appears Mohamed Camara might be the man who is good enough to replace Kalvin Phillips at Elland Road. However, having already signed Aaronson and Kristensen from the same club, Leeds United might find it difficult to convince Red Bull Salzburg to sell the Malian international.