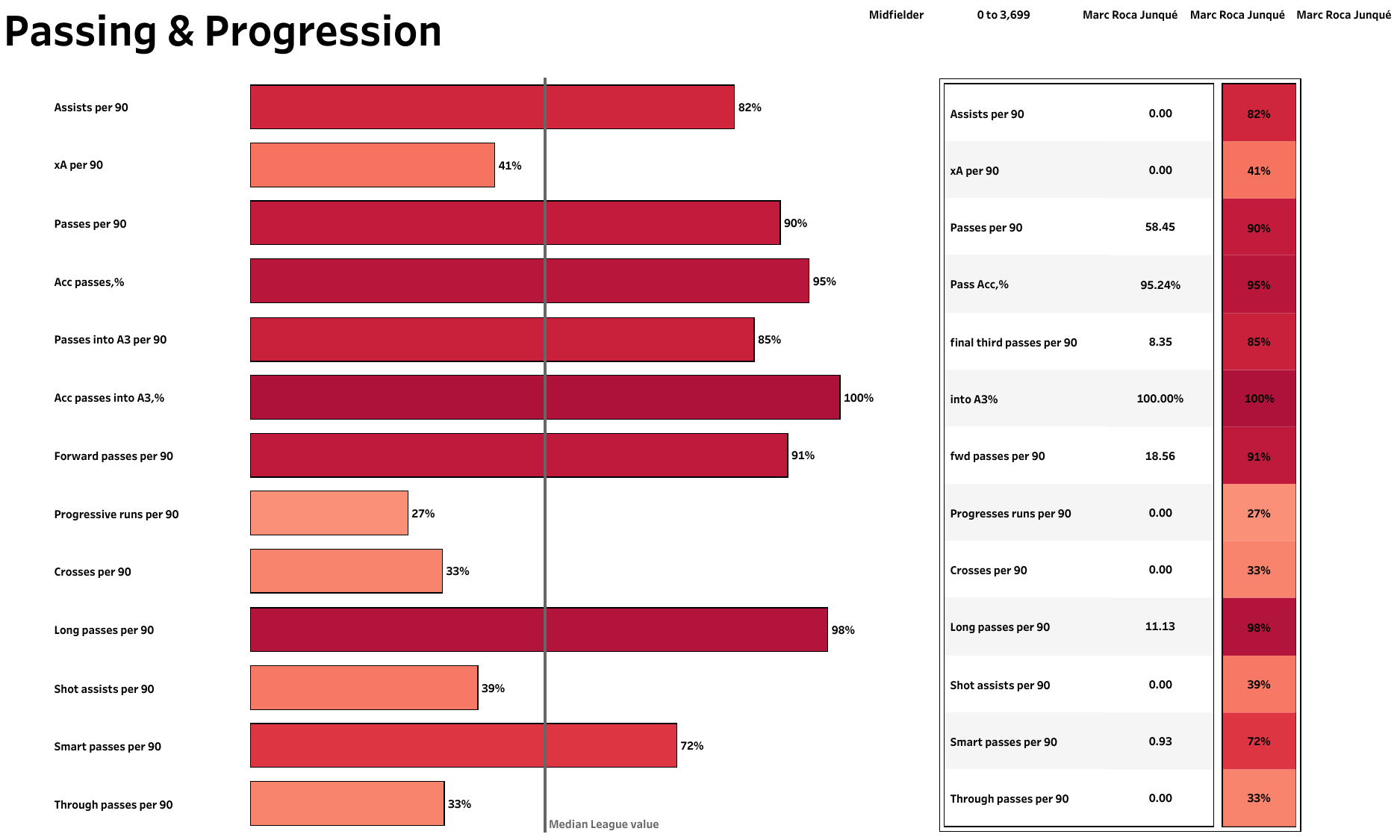 Leeds United barely escaped relegation from the 2021-22 Premier League season. The Whites have already signed two new players from Red Bull Salzburg – Brenden Aaronson and Rasmus Kristensen. However, there is a high chance that they could lose one of Kalvin Phillips or Raphinha, if not both, by the end of the summer transfer window. In the case of the former’s loss, Leeds would have to bring in a replacement quickly if they are to mitigate Phillips’s departure. One name who has been linked with joining the Whites in the past week has been Bayern Munich midfielder, Marc Roca. Here, we will explore how the Catalan could fit in Jesse Marsch’s system.

Roca made four appearances out of the 10 games that Bayern Munich played in the 2021-22 UEFA Champions League season. However, all of those four appearances came off the bench, meaning he featured for only 78 minutes in the competition. But in those 78 minutes, Roca was very much involved as a player. He attempted 58.45 passes per 90 (90th percentile) at a very high pass accuracy of 95.24% (95th percentile). He also completed every single pass into the final third he attempted during the competition. Roca also attempted 11.13 long balls per 90, which ranked him in the top 2% for midfielders in this category. 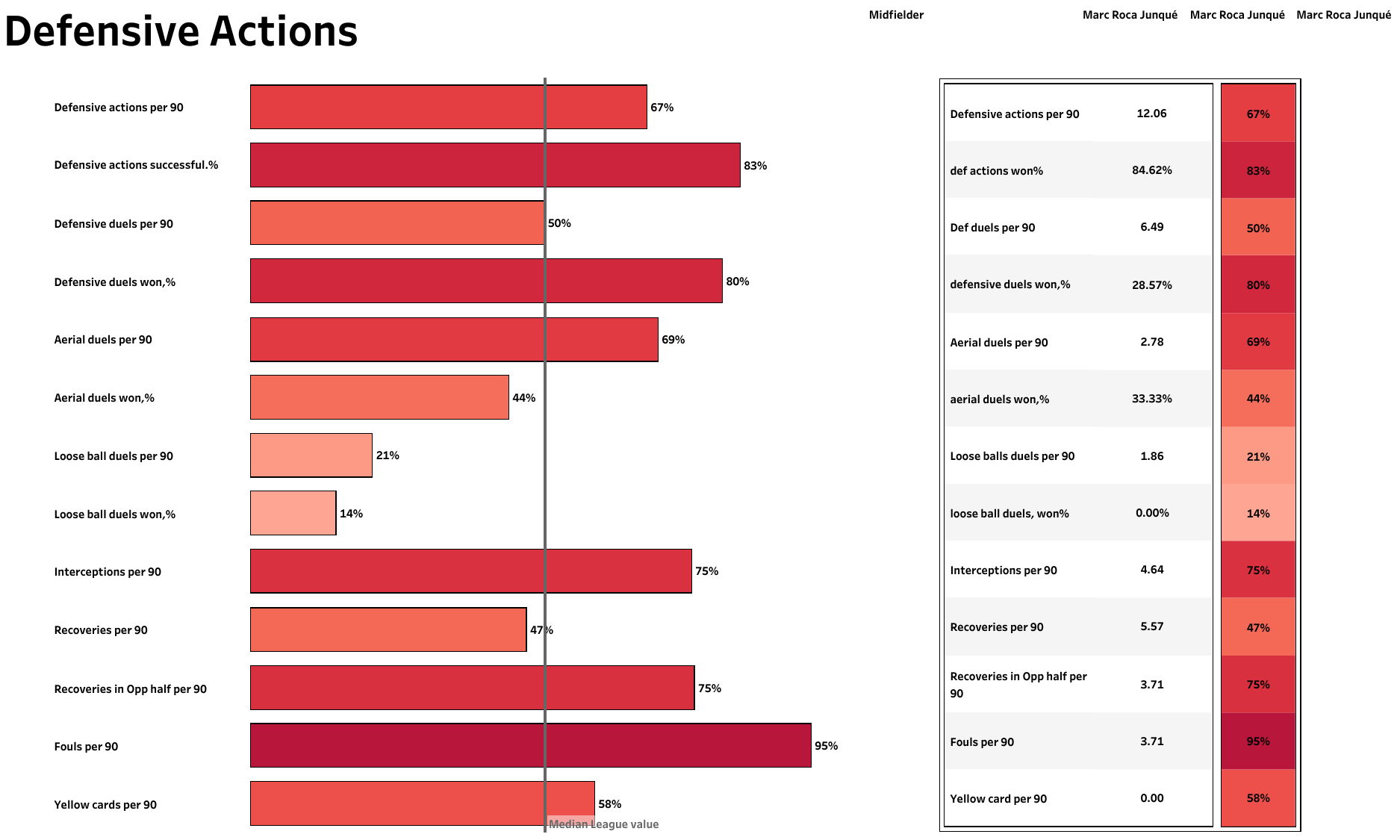 Roca attempted just over 12 defensive actions per 90 in the UEFA Champions League season just gone by. The former Espanyol man won 84.62% of these actions, ranking him in the upper quintile for midfielders. He also attempted 6.49 defensive duels per 90, winning 28.57% of them. Despite standing at 184 cm in height, Roca’s aerial duel success rate was only 33.33%, which ranked him in the bottom half of midfielders. Another notable weakness in Roca is his rashness, as he committed 3.71 fouls per 90, which was higher than 95% of the other midfielders in the competition. 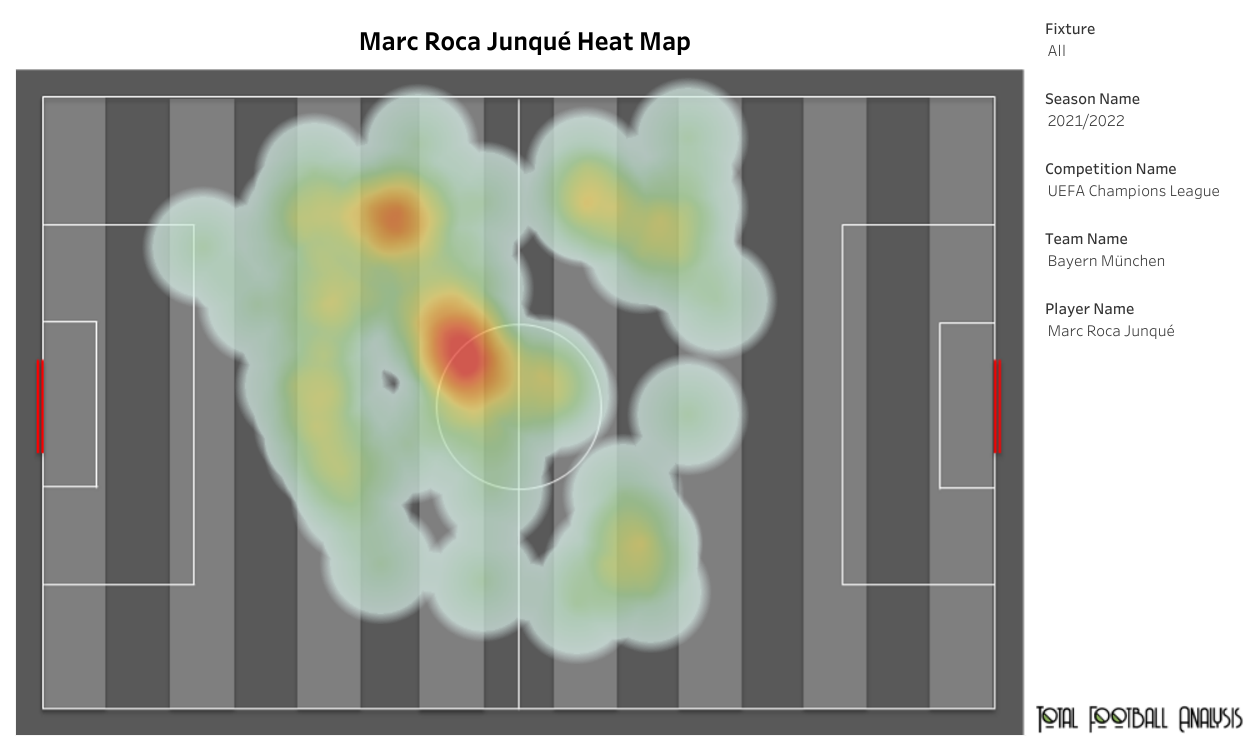 Marc Roca has been a solid player for Bayern Munich. But with the likes of Joshua Kimmich, Leon Goretzka, Marcel Sabitzer, and even Jamal Musiala ahead of him in the pecking order, he found game-time hard to come by. From a career perspective, Roca should leave the Bavarians and join Leeds United, and the fee touted could be in the range of €10 million, which is a steal for the Whites.