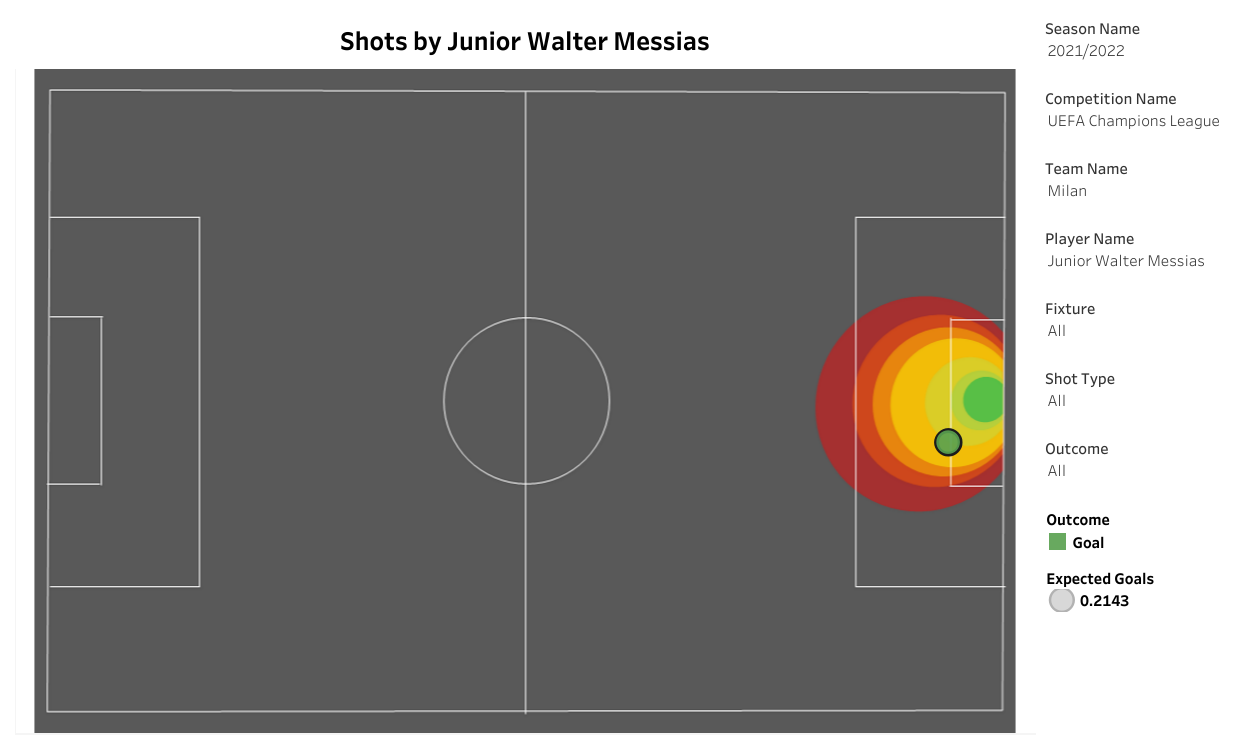 Having survived relegation on the final matchday of the season, Leeds United will be relieved that they can keep hold of Kalvin Phillips and Raphinha or even demand much higher transfer fees from potential suitors. Should the Whites lose the Brazilian attacker, they will need to bring in a replacement player, someone who is similar to him. One of the players who fits Raphinha’s style of play is AC Milan forward, Junior Messias. The Belo Horizonte-born man has had a fairy tale rise from working as a delivery boy in his early 20s to helping the Rossoneri win the Scudetto in the Serie A season just gone by. Let us have a look at whether Messias could be the man to replace Raphinha at Leeds United should the latter leave. 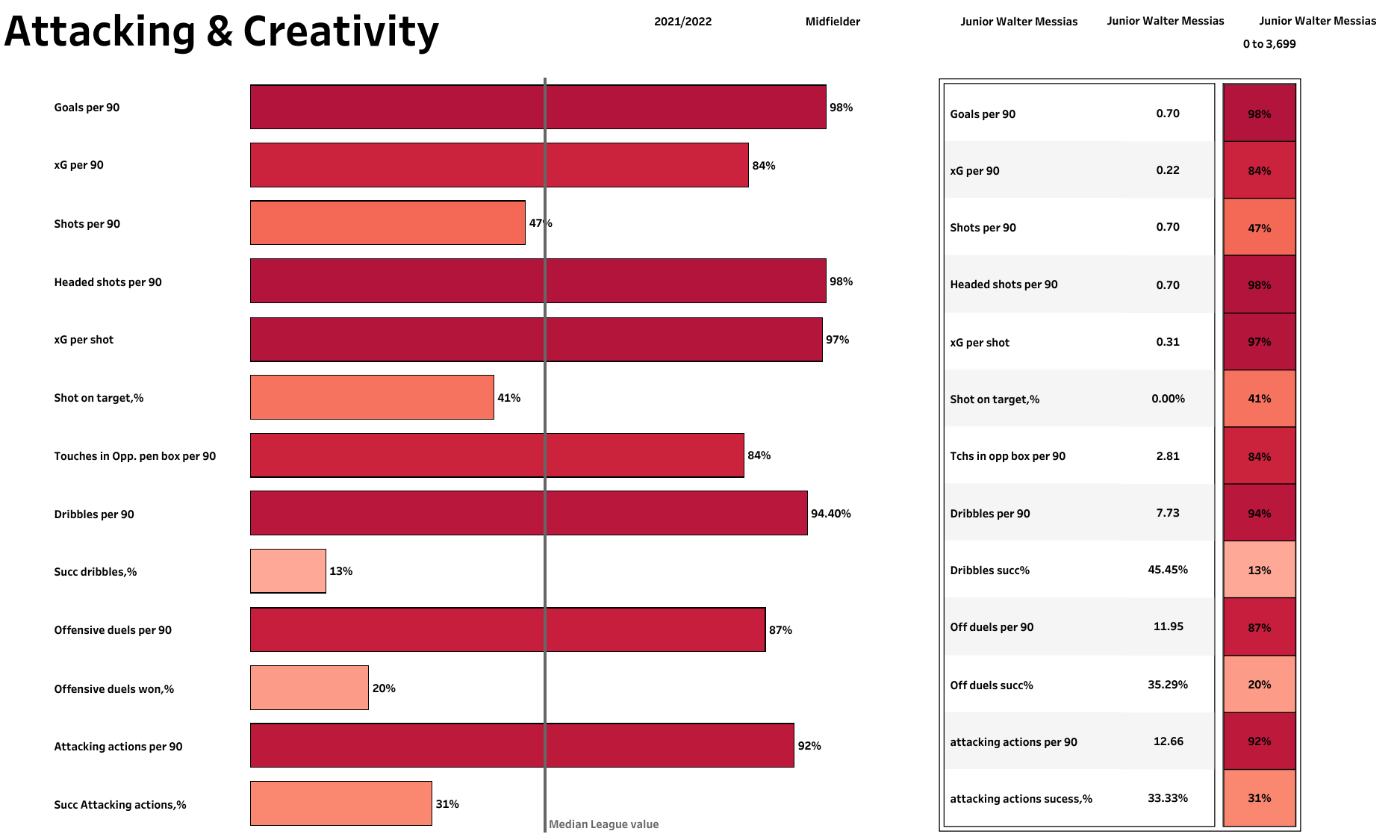 Messias featured for AC Milan in two out of their six UEFA Champions League matches. He played only 116 minutes but managed to score a goal. As a result, Messias had a goal per 90 ratio of 0.7, which was more than thrice what xG estimated. It also ranked him in the top 2% of this category. As his only goal was from a header, he managed to generate 100% of his shots through the head and had an xG per shot of 0.31, the latter of which put him in the top 3%. During his limited game-time, Messias attempted a whopping 7.73 dribbles per 90, ranking him in the 94th percentile, though his success rate was only 45.45%. 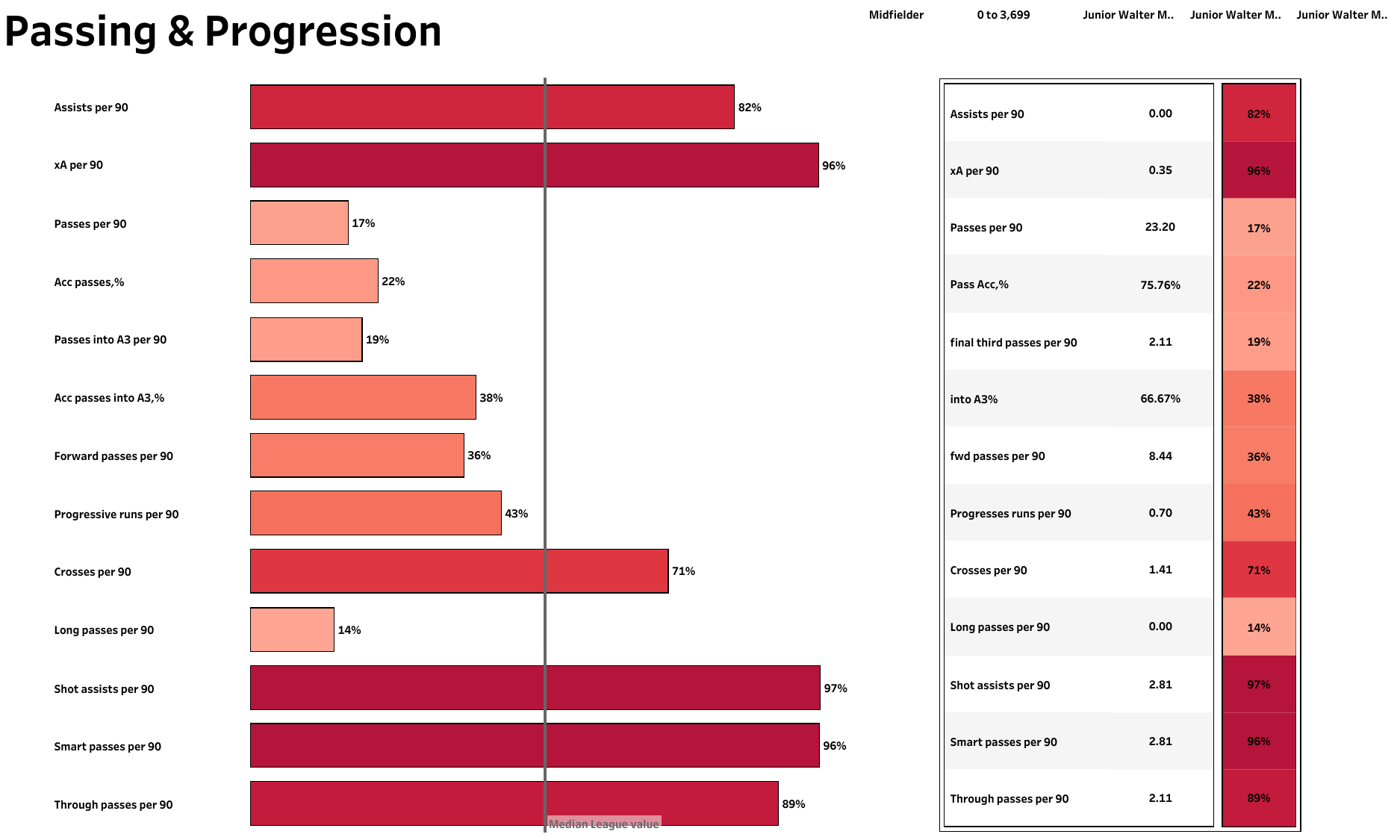 Despite not having even one assist to his name, Messias generated an xA per 90 in the UEFA Champions League. This ranked Messias in the top 4% among midfielders in this category. Additionally, he made 2.81 shot assists per 90 (97th percentile), 2.81 smart passes per 90 (96th percentile) and 2.11 through balls per 90 (89th percentile). However, his major drawback was the lack of involvement in the general build-up as he was placed in the bottom quintile for passes per 90 and in the bottom quartile for overall pass accuracy. However, he did make himself available in advanced positions on the pitch as he was on the receiving end of 7.69 progressive passes per 90.

The only shot that Messias took in the 2021-22 UEFA Champions League campaign ended up as a goal, and it was the match-winner for AC Milan at the Wanda Metropolitano against Atletico Madrid in November 2021. His xG with the only shot he took was 0.21.

Junior Messias has had an incredible rise from being a delivery boy and playing amateur football in the Italian non-league game to signing his first professional contract in his mid-20s and scoring in the UEFA Champions League for AC Milan. However, having played only in Italy and being 31 years old, Messias might not be the right player to take over Raphinha at Leeds United and will have to look elsewhere for replacements.