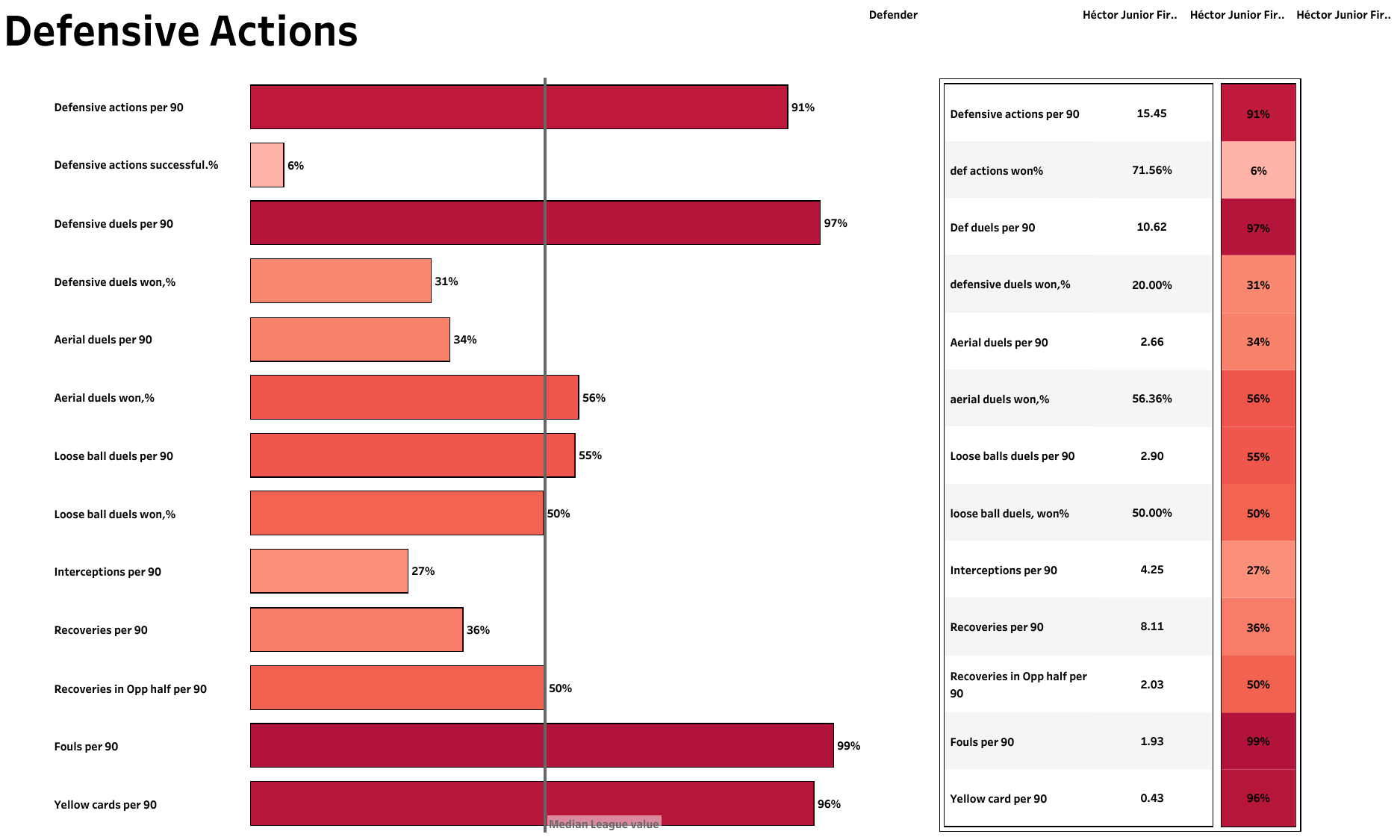 When Leeds United signed Junior Firpo from Barcelona for €15 million in July 2021, there were big expectations from the 25-year-old to deliver immediately and hit the ground running. However, his first season at Elland Road was anything but good. At best, it could be called average. A combination of injuries and inconsistency was the main reason why the left-back did not perform. The signing turned out to be a bad one for Leeds and to make matters worse, he is set to miss the first one or two months of the season due to a lengthy injury, as per reports. 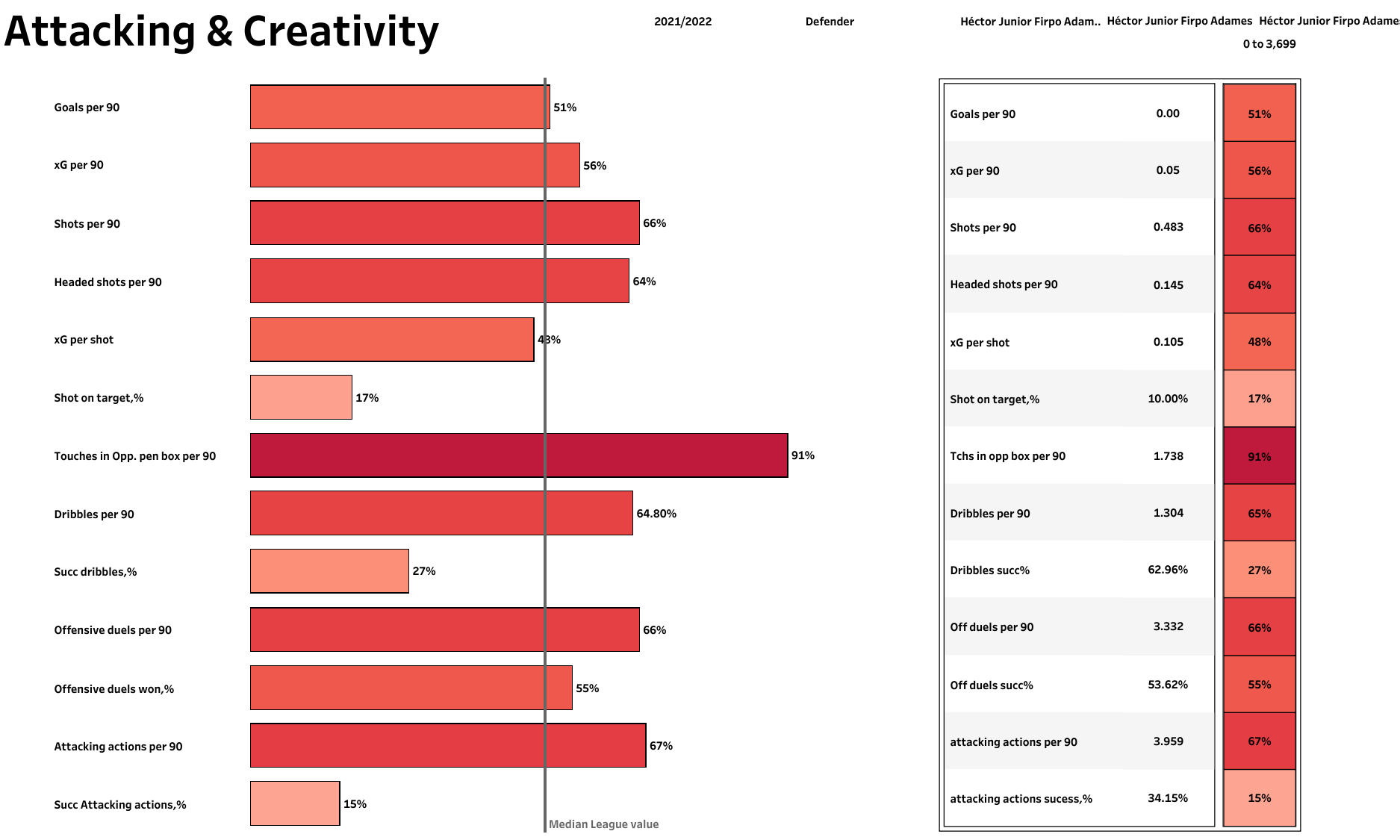 Firpo appeared in 28 matches in his debut campaign for Leeds United, which included 24 in the Premier League. He did not score even once and provided just two assists. He took less than 0.5 shots per 90 and could muster only a pitiful 10% of them on target. The former Spanish youth international, born in the Dominican Republic, registered 1.74 touches in the opposition’s penalty box per 90, putting him in the top 9% among defenders. He attempted 1.3 dribbles per 90 but could complete only ~63% of his take-ons. He contested 3.33 offensive duels per 90 and 3.96 attacking actions per 90. 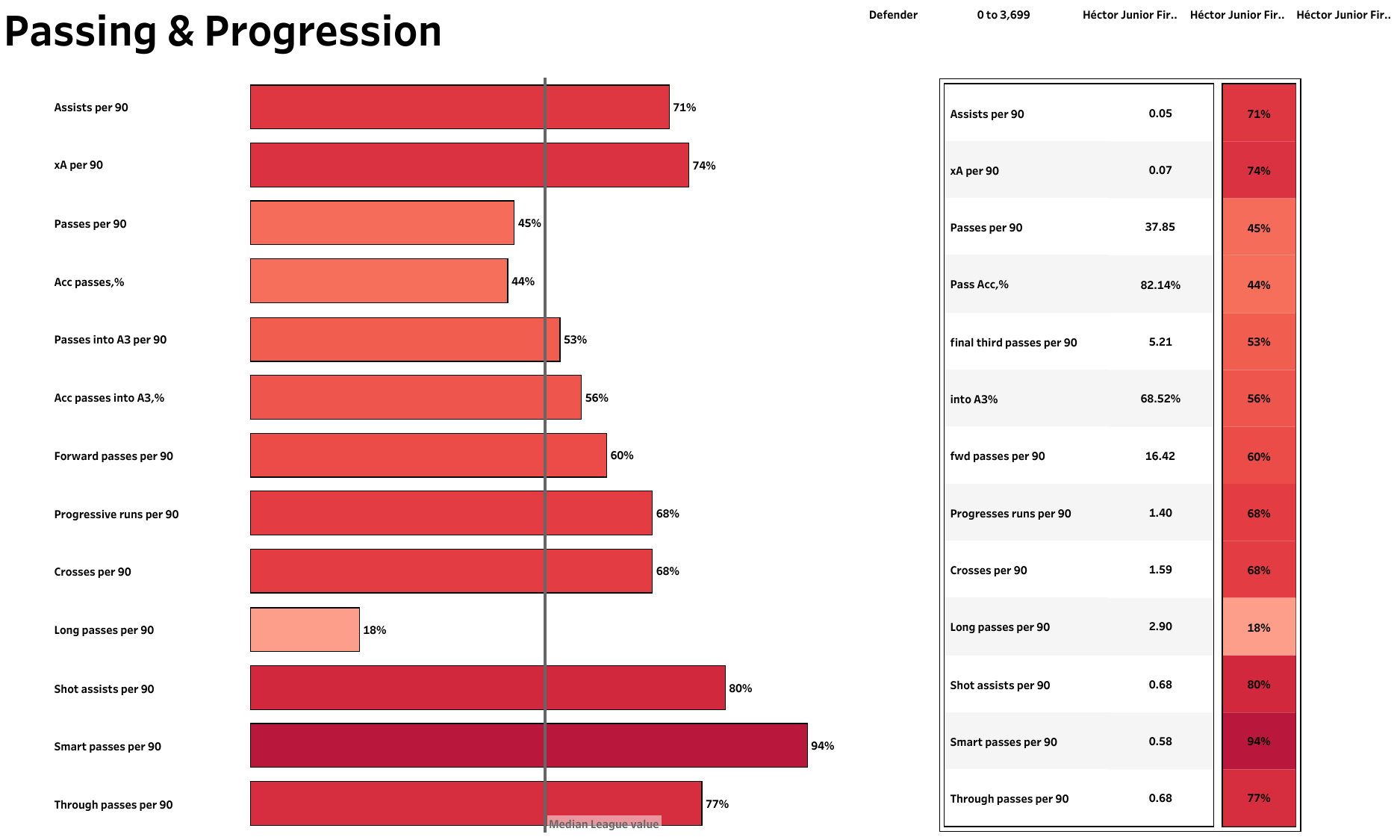 Despite attempting more than 15 defensive actions per 90 and 10 defensive duels per 90, Firpo’s win rate in both left a lot to be desired. In the former, his win rate ranked in the bottom 6% and in the latter, he was firmly placed in the bottom third. He won 56.4% of his aerial duels, though he attempted only 2.66 per 90. The former Barcelona player recovered exactly half of the loose ball duels he contested. However, the biggest problem he created was his rashness and lack of temperament as he committed nearly two fouls per 90 and earned an astonishing 11 yellow cards. 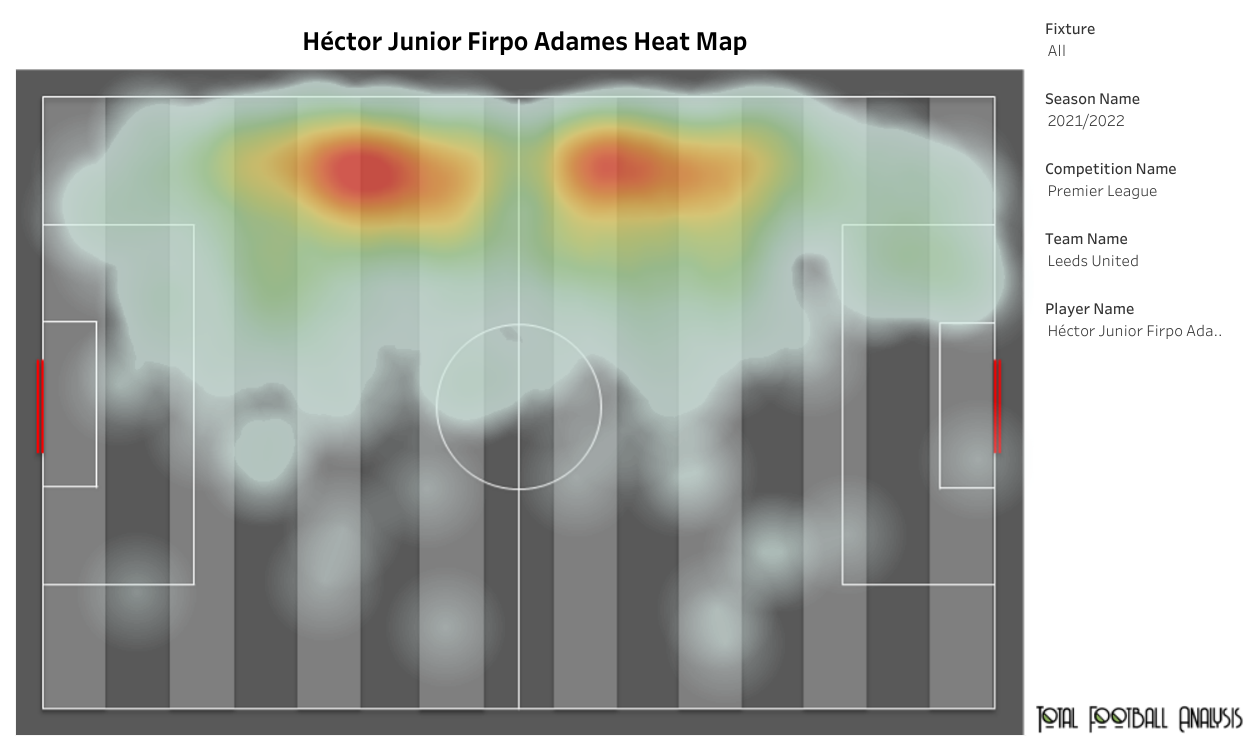 With Junior Firpo set to miss approximately the first one or two months of the season, Leeds United are looking to sign a left-back as per the latest reports. Even after he returns from the injury, there needs to be a healthy competition for the full-backs as it can only help the team.