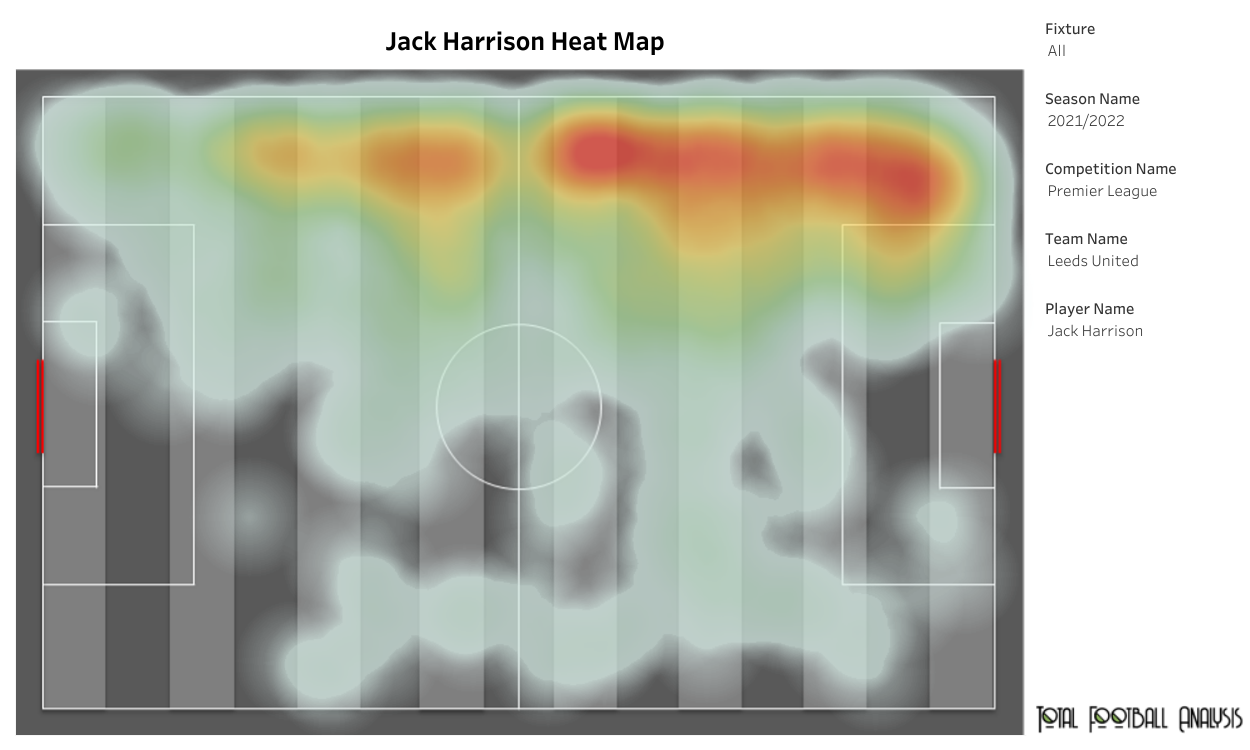 Raphinha is almost certain to leave Leeds United this summer even though it has not yet been officially confirmed. Initially, there were four to five clubs vying for his signature but now, it looks like a two-way battle between Chelsea and Barcelona for the Brazilian’s services. Meanwhile, the Whites have officially signed Colombian winger, Luis Sinisterra from Eredivisie club, Feyenoord Rotterdam for €25 million. Should Raphinha depart Elland Road, the team might have to collectively replace his goal output. One of the players who could be important for Leeds’s attack this season is Jack Harrison. 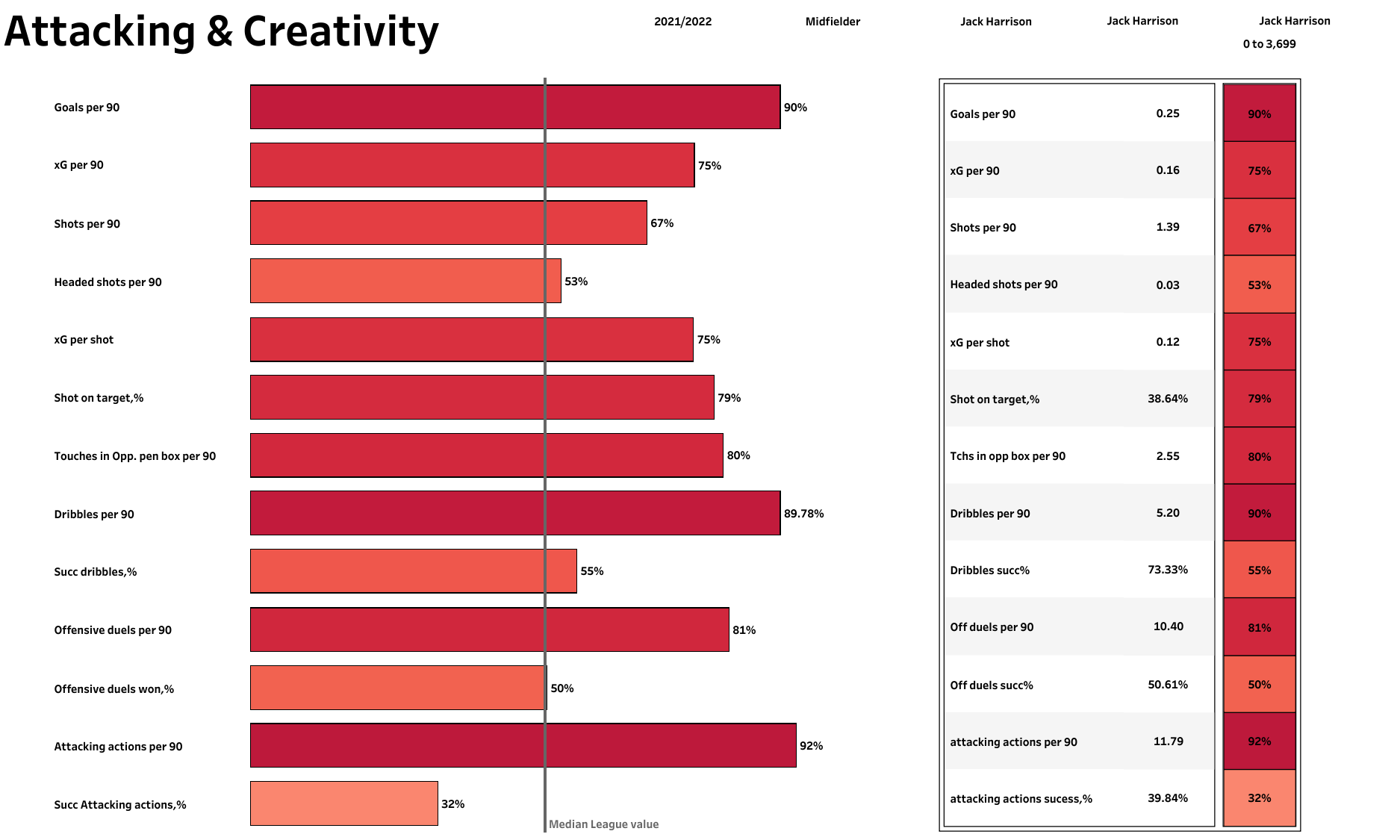 Harrison made 38 appearances in all competitions for Leeds United last season, including 35 in the Premier League. He played for 2,639 minutes, during which he scored eight goals or one every 330 minutes. His rate of 0.25 goals per 90 exceeded the 0.16 xG per 90 estimated. He attempted only 1.4 shots per 90 and mustered nearly 39% of them on target. The Englishman attempted 5.2 dribbles per 90 and was successful in 73.3% of those attempts. He also registered 2.55 touches in the penalty box per 90. With 10.4 offensive duels per 90 and 11.79 attacking actions per 90, he was placed in the top 19% and top 8%, respectively, in those categories. 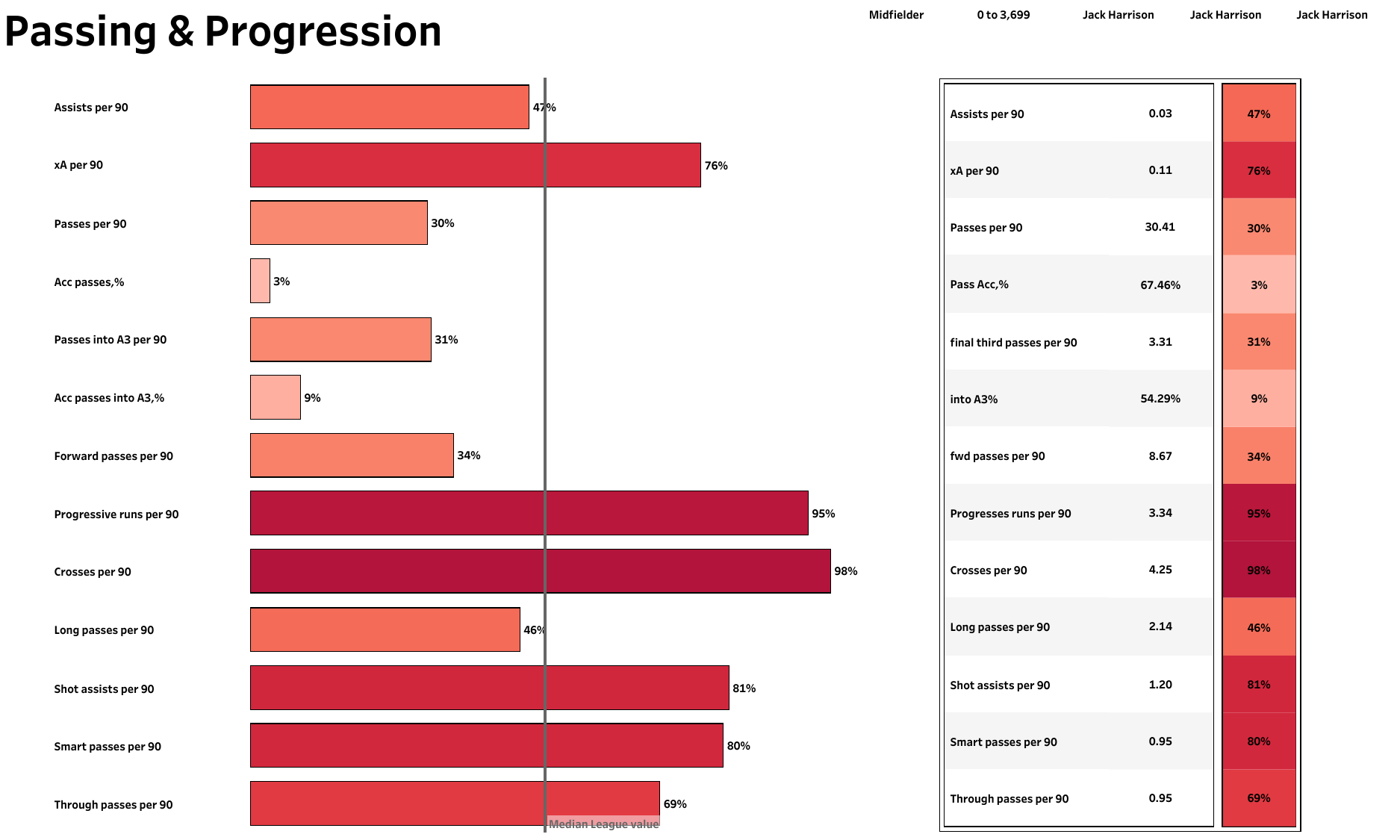 Harrison may have outperformed on his xG, but he did not do the same when it came to xA. He could get only 0.03 assists per 90, almost a quarter of what xA predicted. His pass accuracy was woefully low at 67.46%, which was in the bottom 3% among midfielders. He was rarely involved in the play, attempting just 30 passes per 90. However, the Englishman made 3.34 progressive runs per 90 and 4.25 crosses per 90, which ranked him in the 95th and 98th percentile, respectively. He also put himself in the upper quintile for shot assists per 90 and smart passes per 90, with 1.2 and 0.95, respectively, to his name. 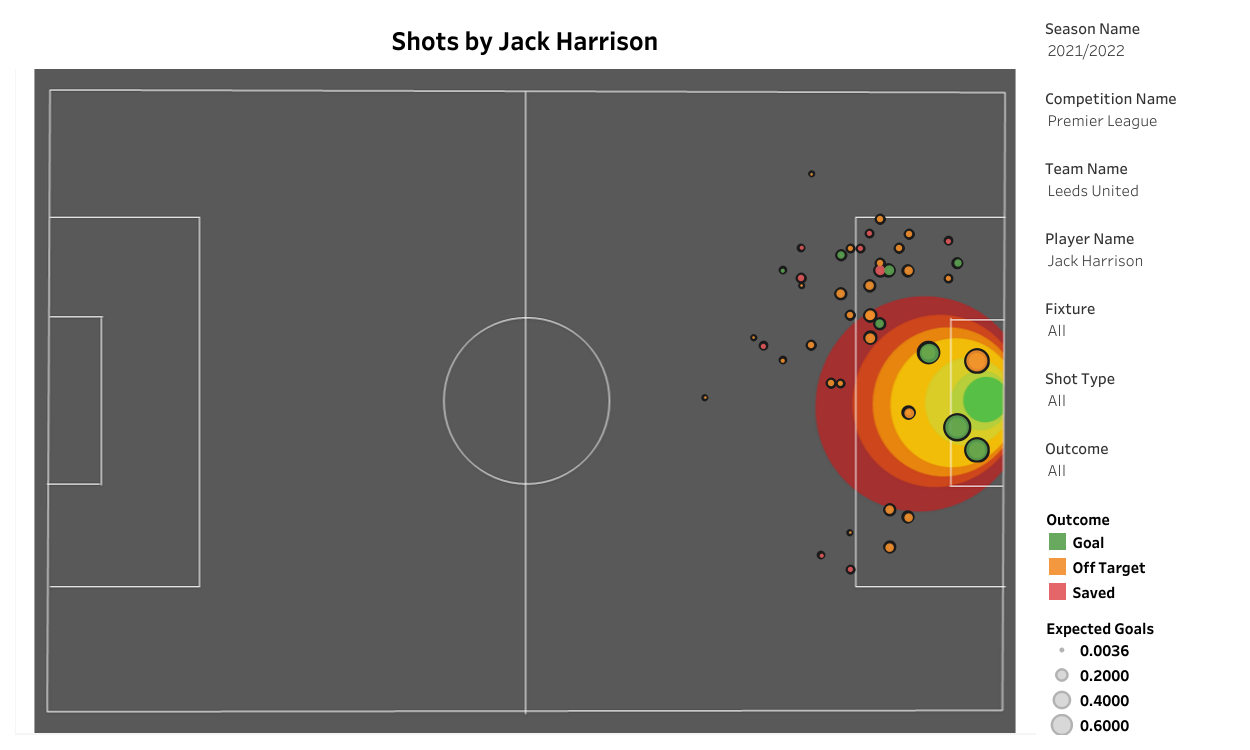 Six of Harrison’s eight strikes for Leeds came from inside the box. None of them came from the penalty box. He missed one big chance from inside the six-yard box. Overall, he took 44 shots, taking his conversion rate to 5.5 shots per goal scored, and his average shot distance from goal was 16.9 yards.

The probable loss of Raphinha means Leeds United’s attack will have to step up as a unit, and Jack Harrison is very much capable of being part of that unit. He will hope to kick on this season, possibly aiming for double figures in goals scored.