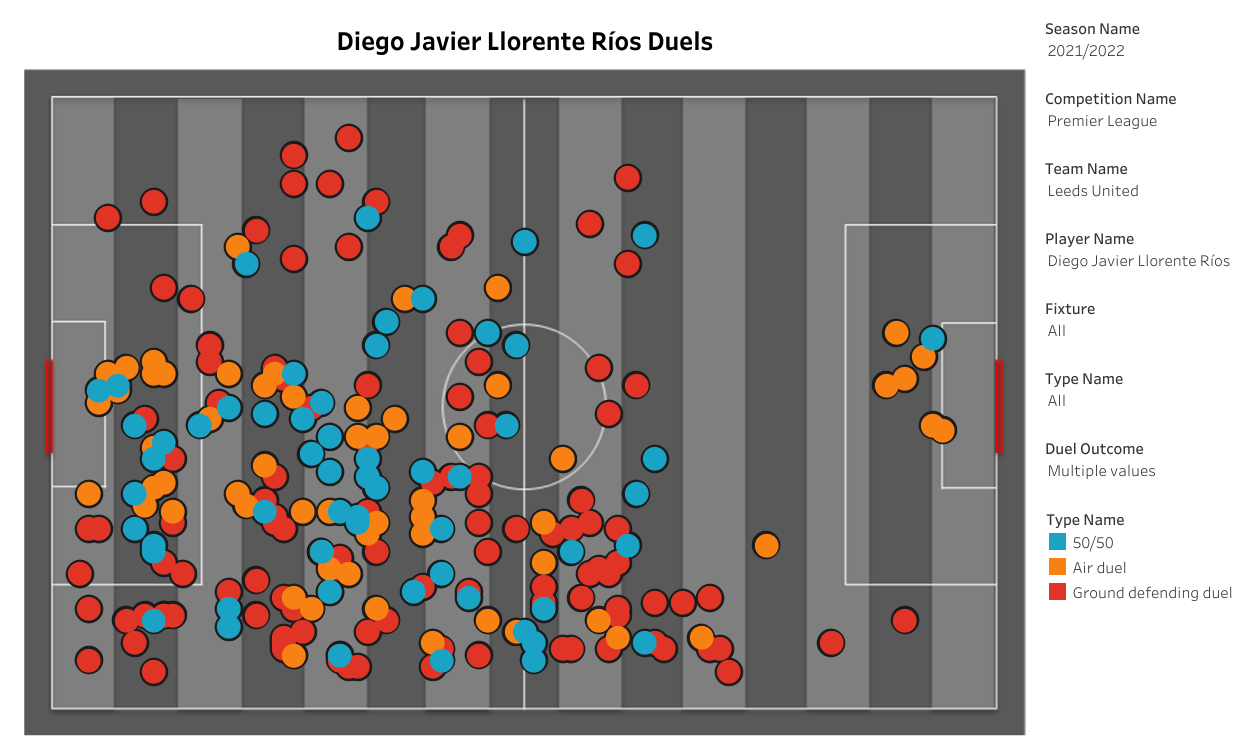 When Leeds United signed Diego Llorente in September 2020, there were some expectations that the Spaniard would be a success at Elland Road. After all, he had three solid seasons at the Anoeta with Real Sociedad. In his first season with the Whites, he played only 1,204 minutes as groin and hamstring injuries forced him to miss 19 games. But last season, with Kalvin Phillips’ lengthy injury, his defensive importance only grew, and he played the most minutes of any centre-back at Leeds. With Jesse Marsch at the helm, Llorente will be hoping to guide the West Yorkshire outfit to safety this season as well. 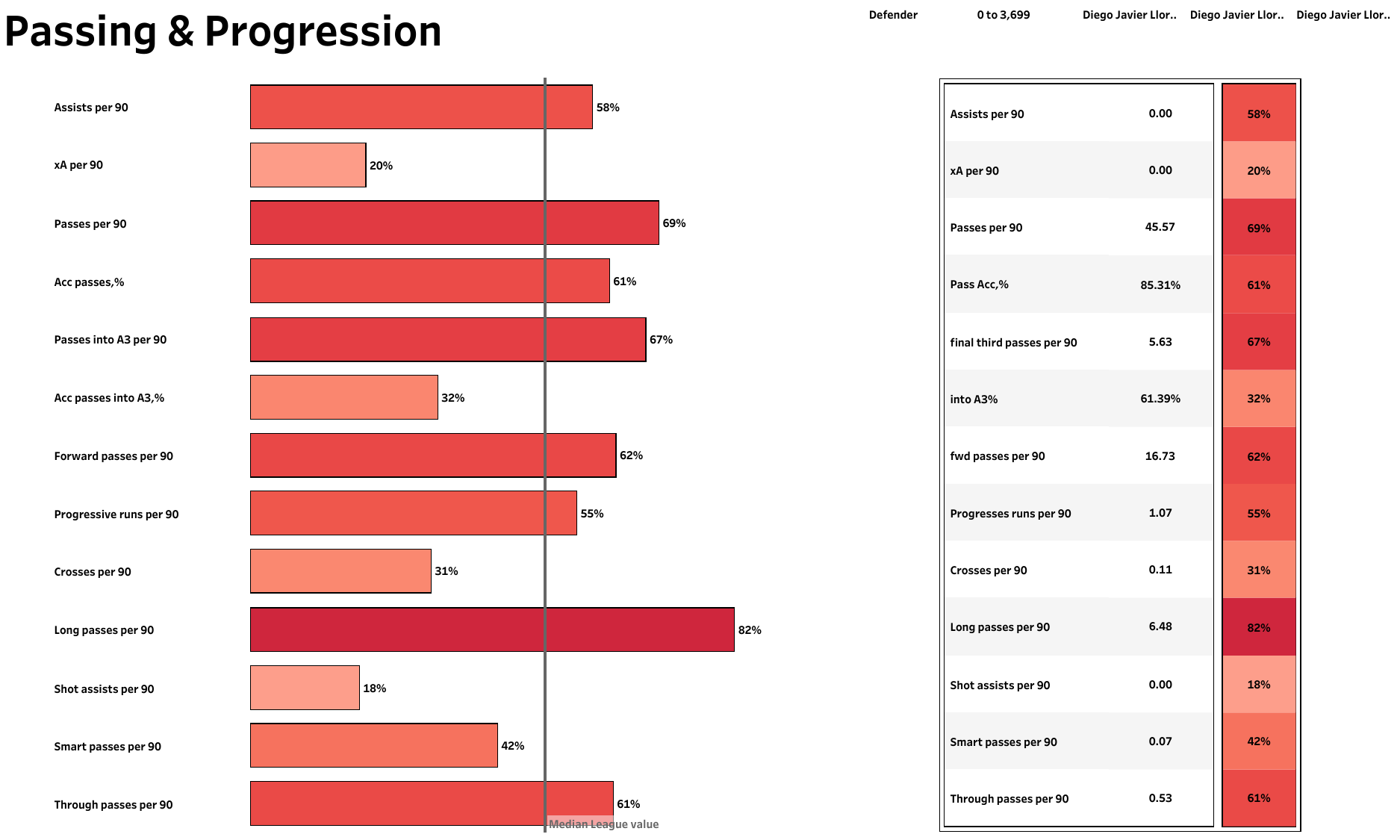 Llorente made 30 appearances in all competitions for Leeds United last season, which included 28 in the Premier League. He scored three goals during his 2,340 minutes on the field. He was fairly active in his passing, completing nearly 39 out of his 45 attempted passes per 90. He was not afraid to progress the ball either as he attempted 5.63 passes into the attacking third per 90. He made just over one progressive run per 90, which placed him just above the median value. The former Real Sociedad man completed nearly 6.5 long balls per 90, comfortably putting him in the upper quintile. 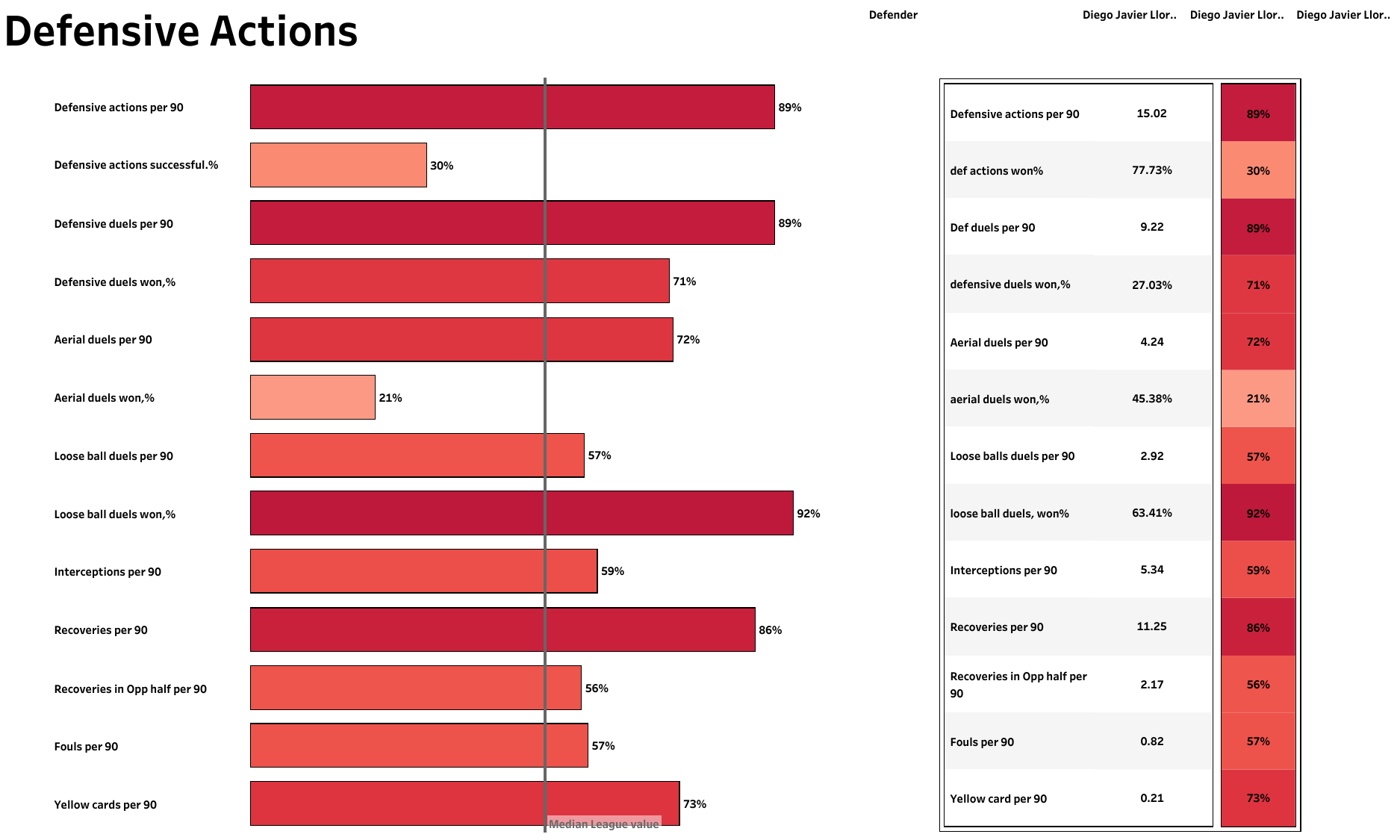 Llorente put up over 15 defensive actions per 90, though his success rate of 77.7% put him in the bottom 30% among defenders. He attempted 9.22 defensive duels per 90 and was fairly successful as he had a 27% win rate. Despite standing at 186 cm, he could muster only a 45.4% success rate in aerial duels, which placed him in the bottom quartile. In spite of this, the Spanish man won 63.4% of his loose ball encounters, ranking him in the top 8%. With 11.25 recoveries per 90 to his name, he outranked 86% of the defenders in this category.

Llorente won the majority of his duels in the defensive third, with some of them coming in midfield as well. Most of these came on the right-hand side of the defence. He won ground-based defending duels and 50/50s more often than aerial duels. He attempted 13.9 pressures per 90, 4.5 tackles and interceptions per 90, four clearances per 90 and 2.35 blocks per 90. 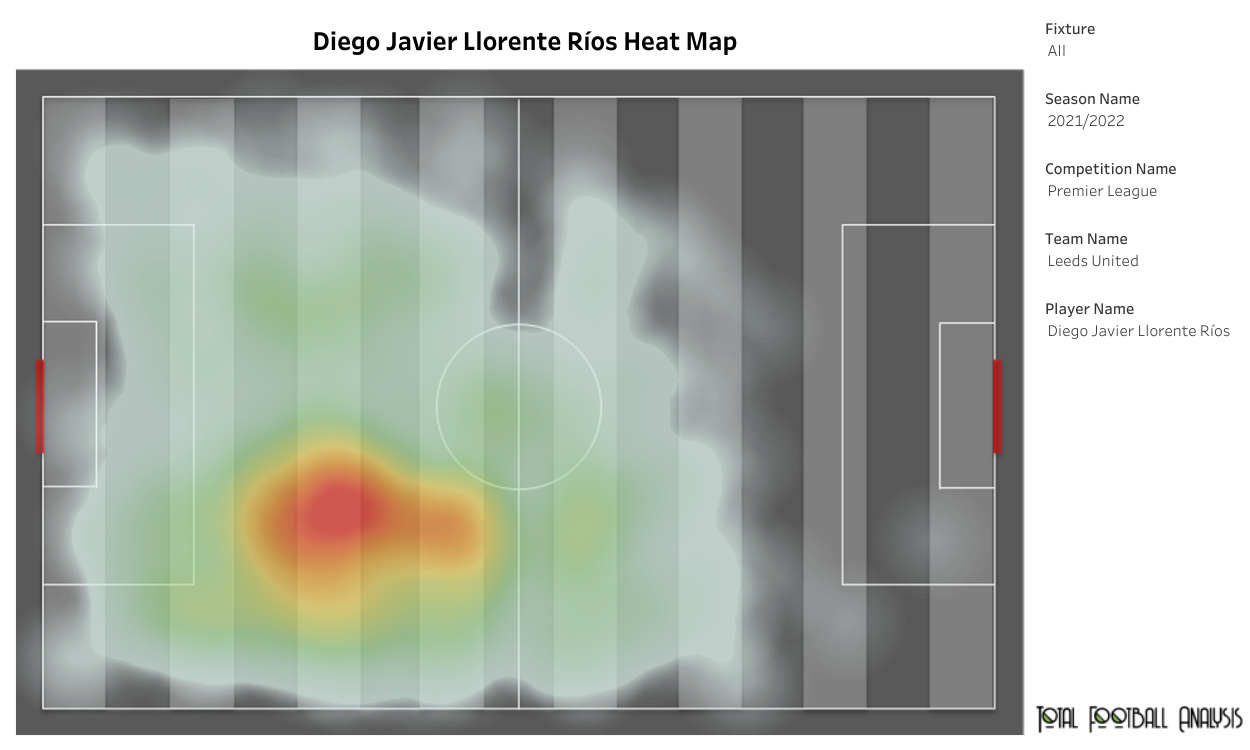 Llorente played mostly as a right-sided centre-back last season. He provided cover for the right-back whenever the latter made advancing and overlapping runs down the flank. He completed 2.69 progressive passes per 90, 2.65 passes into the final third per 90 and 2.15 progressive carries per 90.

Diego Llorente took almost one full season to fully settle at Leeds United as his ‘minutes played’ jumped from just over 1,200 in 2020-21 to more than 2,300 last season. He will hope to stay injury-free as his defensive presence will be even more important now that Kalvin Phillips has left for Manchester City.