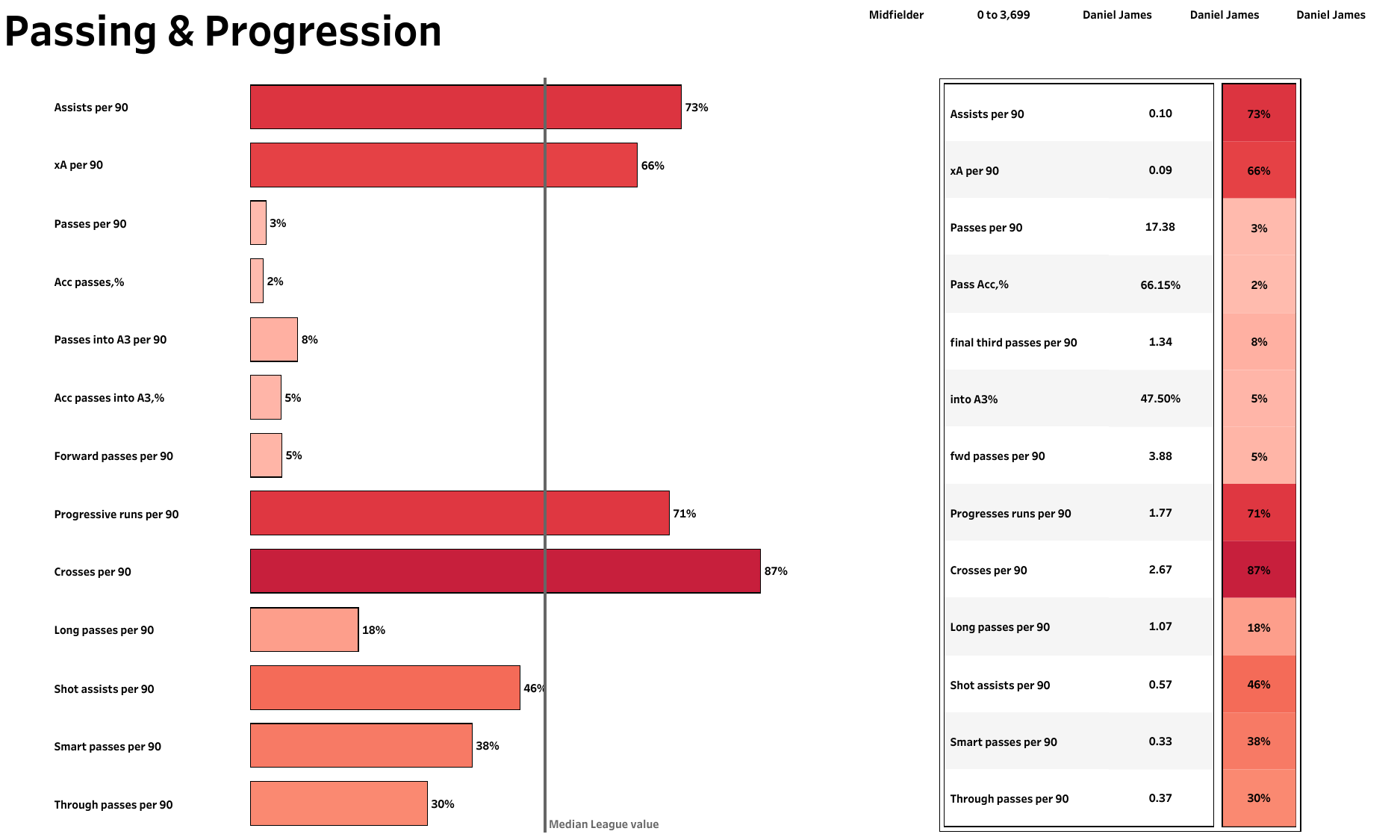 When Daniel James signed for Leeds United from Manchester United, there were massive expectations from the fans and the team. He arrived on the deadline day of the 2021 summer transfer window for €29.1 million, which was well above his market value of €18 million at that time. However, the return on investment for Leeds was nowhere near enough to justify his price tag. This is a review of the first season of Daniel James at Elland Road and what one can expect in his second season at the club. 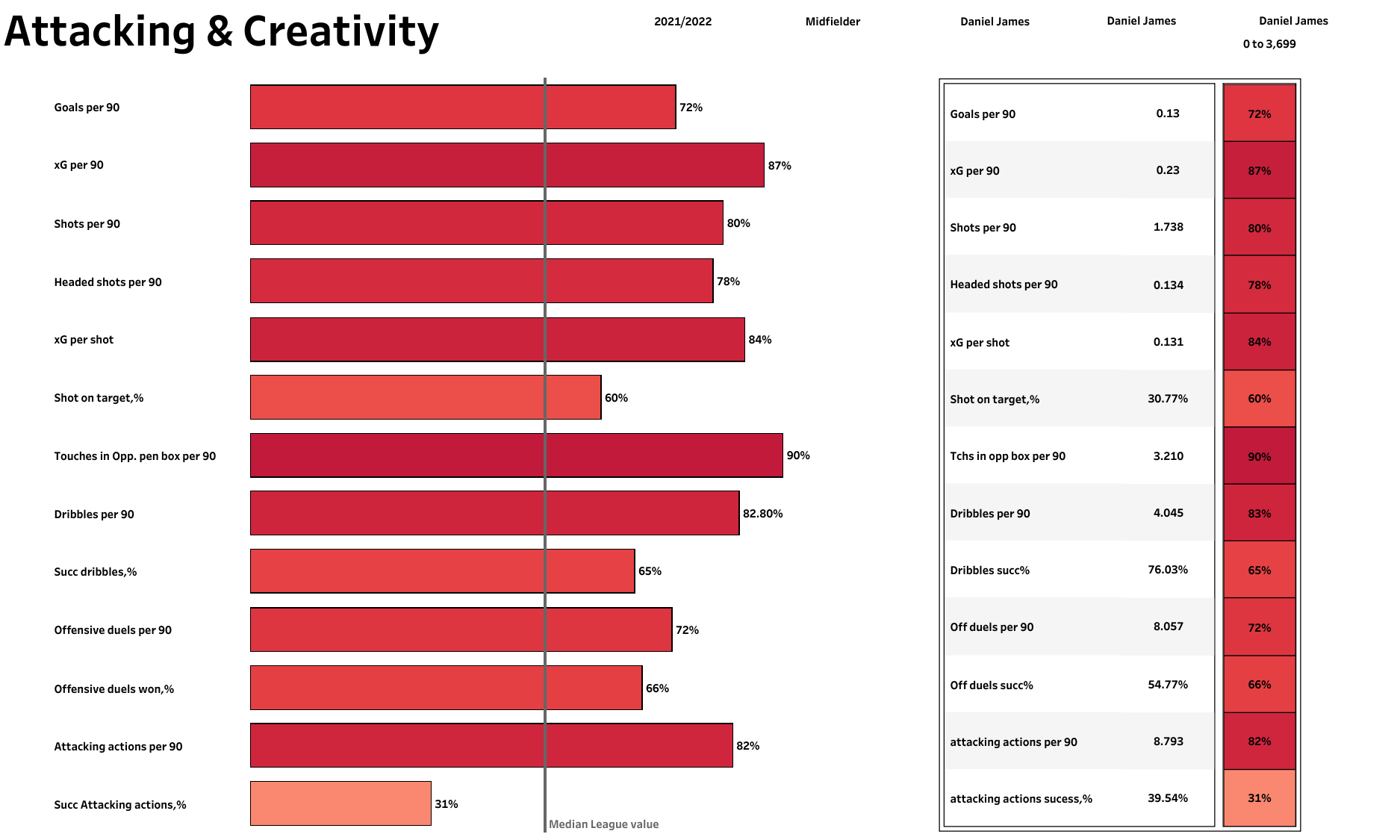 James appeared for Leeds United in 35 games across all competitions, of which 32 were in the Premier League. He scored four goals, though xG estimated him to net six times. He attempted 1.74 shots per 90 and managed to generate an xG per shot of 0.13, which was good enough for him to be ranked in the upper quintile. The Welshman registered 3.2 touches in the penalty area per 90, putting him in the top decile. He completed 76% of his take-ons out of four attempts per 90. He was also involved in 8.79 attacking actions per 90.

James slightly overachieved on his xA last campaign by providing four assists to 2.4 predicted by xA. However, he was rarely involved in the build-up, averaging only 17 attempted passes per 90 at a lowly accuracy of 66.15%, both of which ranked him in the bottom 3%. It wasn’t much better as far as the final third passes were concerned either as he was placed in the bottom 8% or lower in attempted passes as well as pass accuracy. However, the Welshman delivered 2.67 crosses per 90, which put him in the top 13% of midfielders, and he completed 1.77 progressive runs per 90. 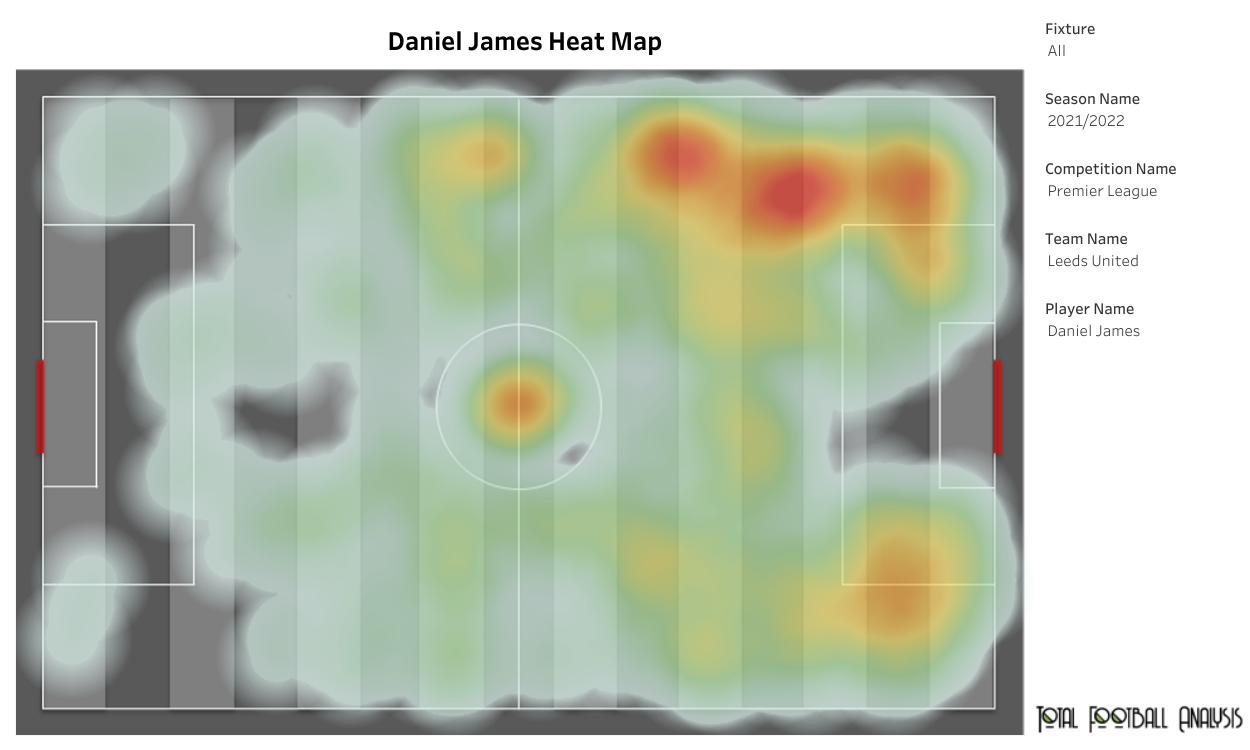 James mostly featured on the left flank for Leeds last season, though he occasionally shifted to the right wing. He completed 4.64 progressive carries per 90, 1.22 carries into the penalty area per 90 and received 6.39 progressive passes per 90. Defensively, he attempted 22.1 pressures per 90 and 2.05 tackles & interceptions per 90. 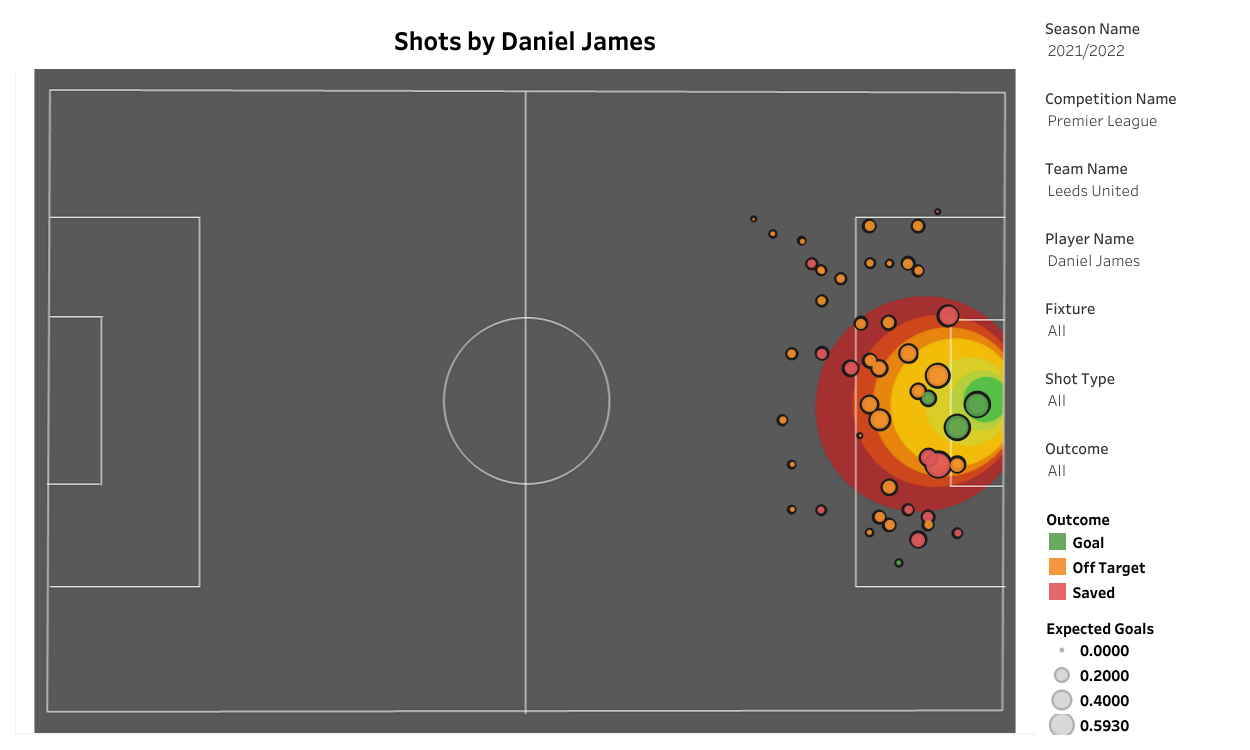 All four goals from Daniel James came from inside the box. He attempted a few shots from outside the box as well. However, he missed at least three big goalscoring opportunities, which indicates his underperformance on xG. He attempted 52 shots but only 15 of them managed to find the target, giving him a shot accuracy of 28.8%. His conversion rate stood at an inefficient 13 shots per goal scored, and his average shot distance from goal was 15.5 yards.

Daniel James had a disappointing first campaign at Leeds United, especially when considering the fee the club paid to acquire his services. He will hope to improve on his productivity this season under Jesse Marsch.