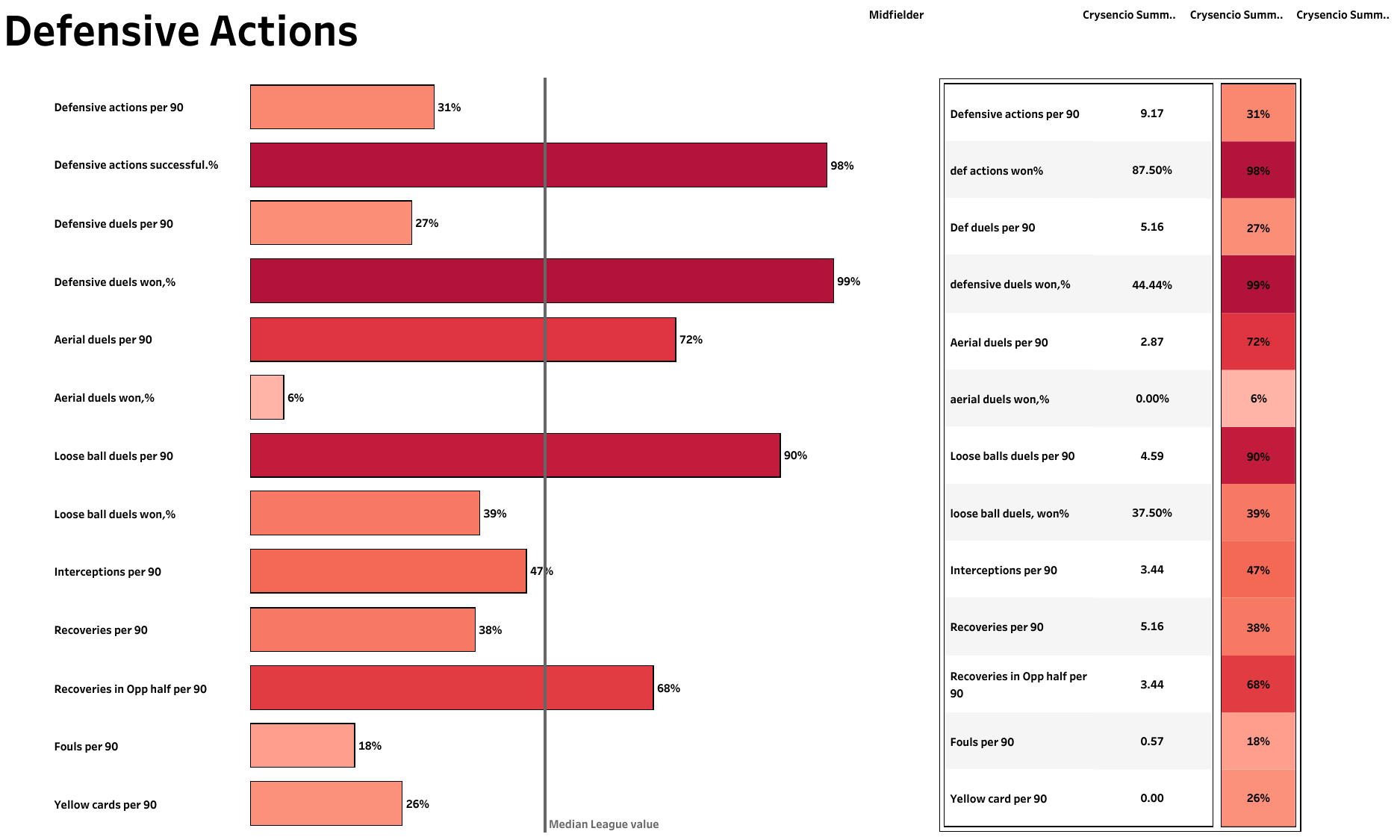 Last season, Leeds United escaped relegation to the EFL Championship after winning 2-1 away at Brentford. Having stayed up by the skin of their teeth, the club has had a very busy summer transfer window. They sold two of their main men, Kalvin Phillips and Raphinha, for a combined €106.75 million. Leeds have brought in as many as five men worthy of a place in the starting XI. These are Brenden Aaronson, Luis Sinisterra, Tyler Adams, Rasmus Kristensen and Marc Roca. However, this article will focus on whether Crysencio Summerville, a 20-year-old Dutch winger at the club, should be given a new contract or not. 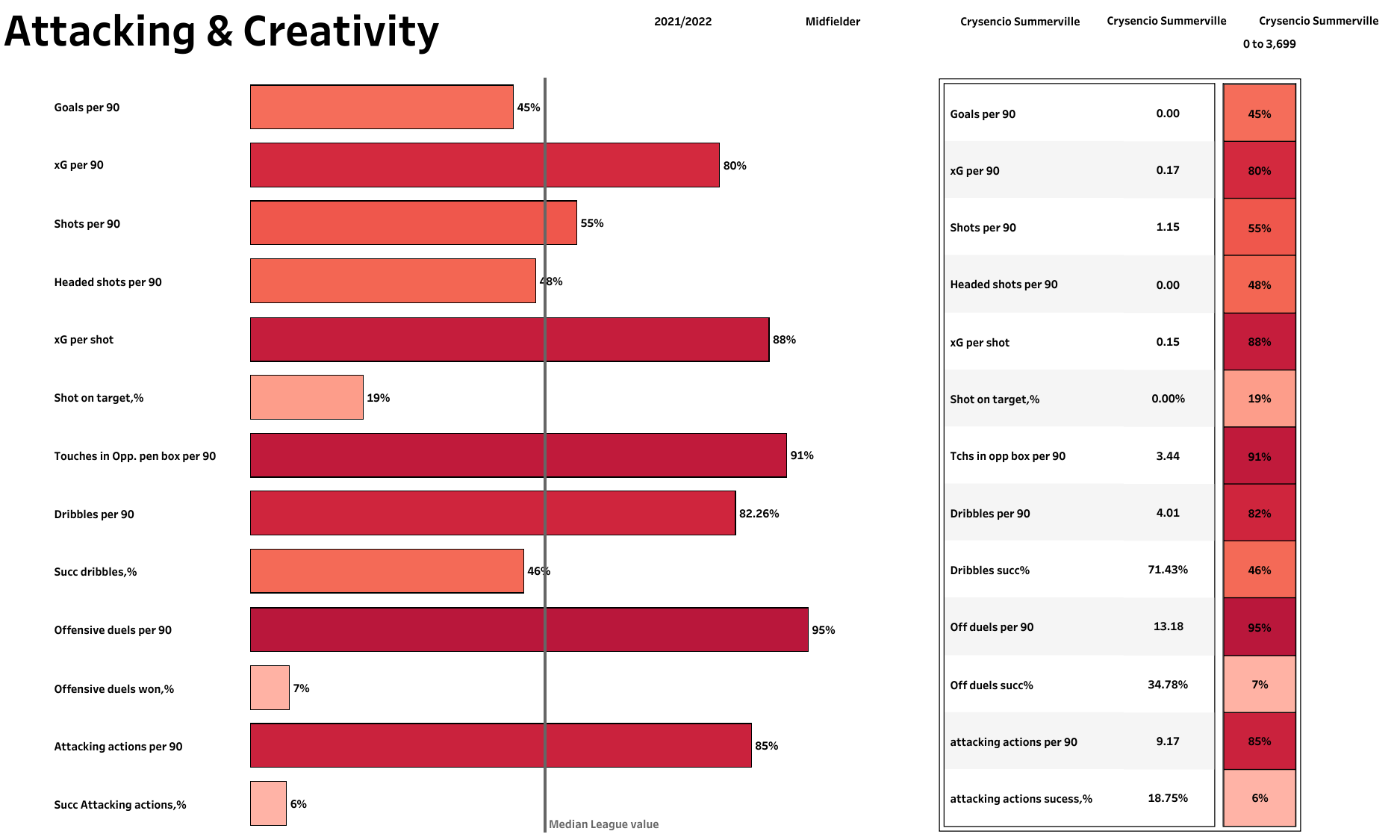 Summerville played only six Premier League games last season for Leeds United for only 125 minutes on the pitch. Given the very little game-time he had, it was not a surprise to see him hit blanks in both goals and assists. However, in his limited time on the pitch, he generated xG of 0.17 per 90. He failed to hit even one shot on target despite generating an xG per shot of 0.15. The Dutchman frequently made himself available inside the attacking penalty area, with 3.44 touches per 90 inside it. This put him in the top 9%. He completed just under 72% of his four dribbles per 90. He was involved in over 13 offensive duels per 90 and nine attacking actions per 90. 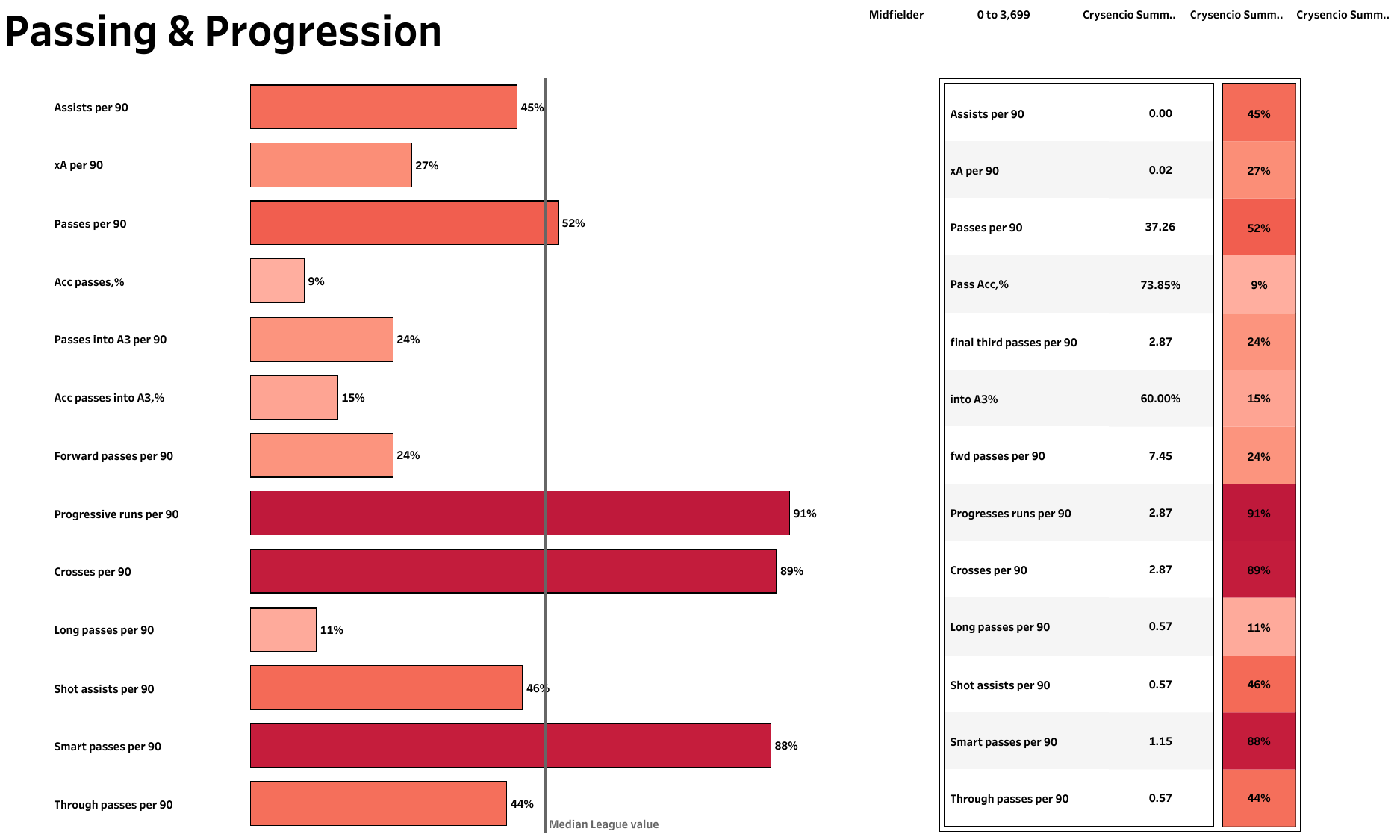 Summerville could not generate as much xA as his xG, with just 0.02 xA per 90. He attempted only 37 passes per 90, but even then, his accuracy was a woefully low 73.85%. Being a winger, he was not that involved in passing the ball towards the final third. Instead, he received these passes from players in the deep. With 2.87 progressive runs per 90 and crosses per 90 each, the Dutchman was placed in the 91st and 89th percentiles, respectively. Due to his 1.15 smart passes per 90, he ended up in the top 12% of the category.

While Summerville is an attacker, his defensive work rate was admirable. He attempted just more than nine defensive actions per 90 and won a whopping 87.5% of them. Despite being only 174 cm in height, he attempted just under three aerial duels per 90, though he failed to win any of them. He won three-eighths of the 4.59 loose ball duels per 90 he contested. His 3.44 recoveries in the opposition’s half put him in the upper third. The Dutchman won 44.44% of his defensive duels, which ranked him in the 99th percentile. 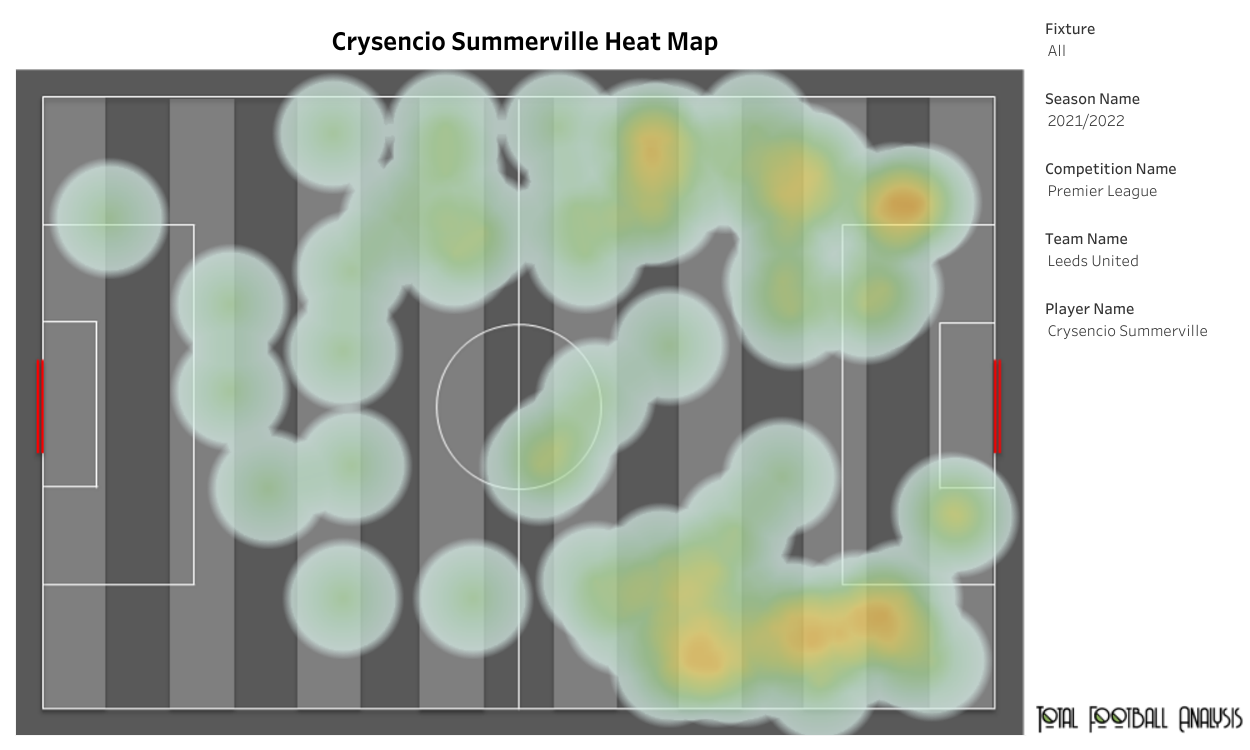 Summerville played predominantly as a right-winger in his very little game-time. He produced seven progressive passes, four passes each into the final third and the penalty area, and 14 progressive carries. He also received 13 progressive passes from his teammates. Defensively, he attempted 22 pressures (of which nine were successful) and 11 tackles & interceptions.

Crysencio Summerville had very little game-time in the first team last season. But in the reserves league, he scored six goals in 13 games for the U23 side. Should Leeds United offer him a new contract, it could go one of two ways: a breakthrough campaign at Elland Road this season or being sold in the future if a sizeable offer comes their way as he is only 20 years old.