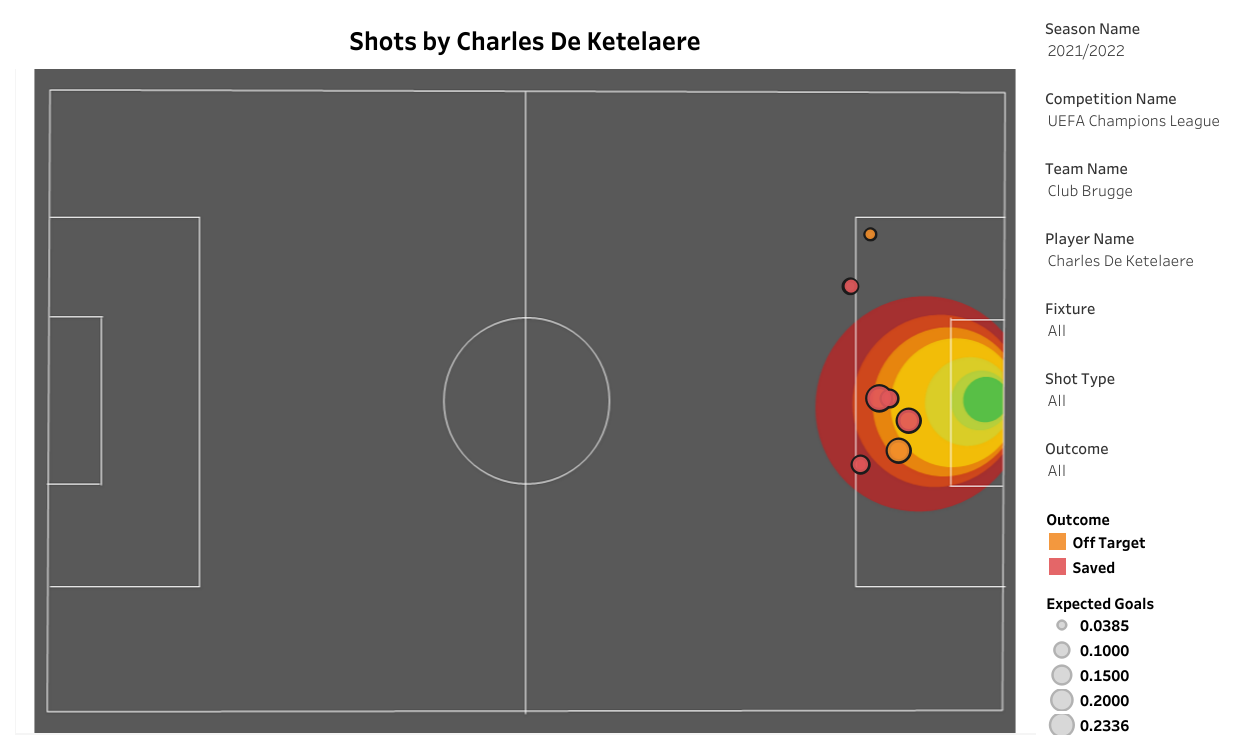 The Raphinha transfer saga has seemed to go on throughout the summer for Leeds United as uncertainty surrounds the Brazilian’s departure from Elland Road. A number of clubs, including Arsenal, Barcelona and Tottenham Hotspur, have been sniffing around the West Yorkshire club for the services of the Porto Alegre-born attacker. Whether Raphinha leaves Leeds this summer or not, the team will need to bring in attackers ahead of the start of the 2022-23 season. According to a few reports in the news, the Whites are prepared to bid for Belgium and Club Brugge attacker, Charles de Ketelaere. 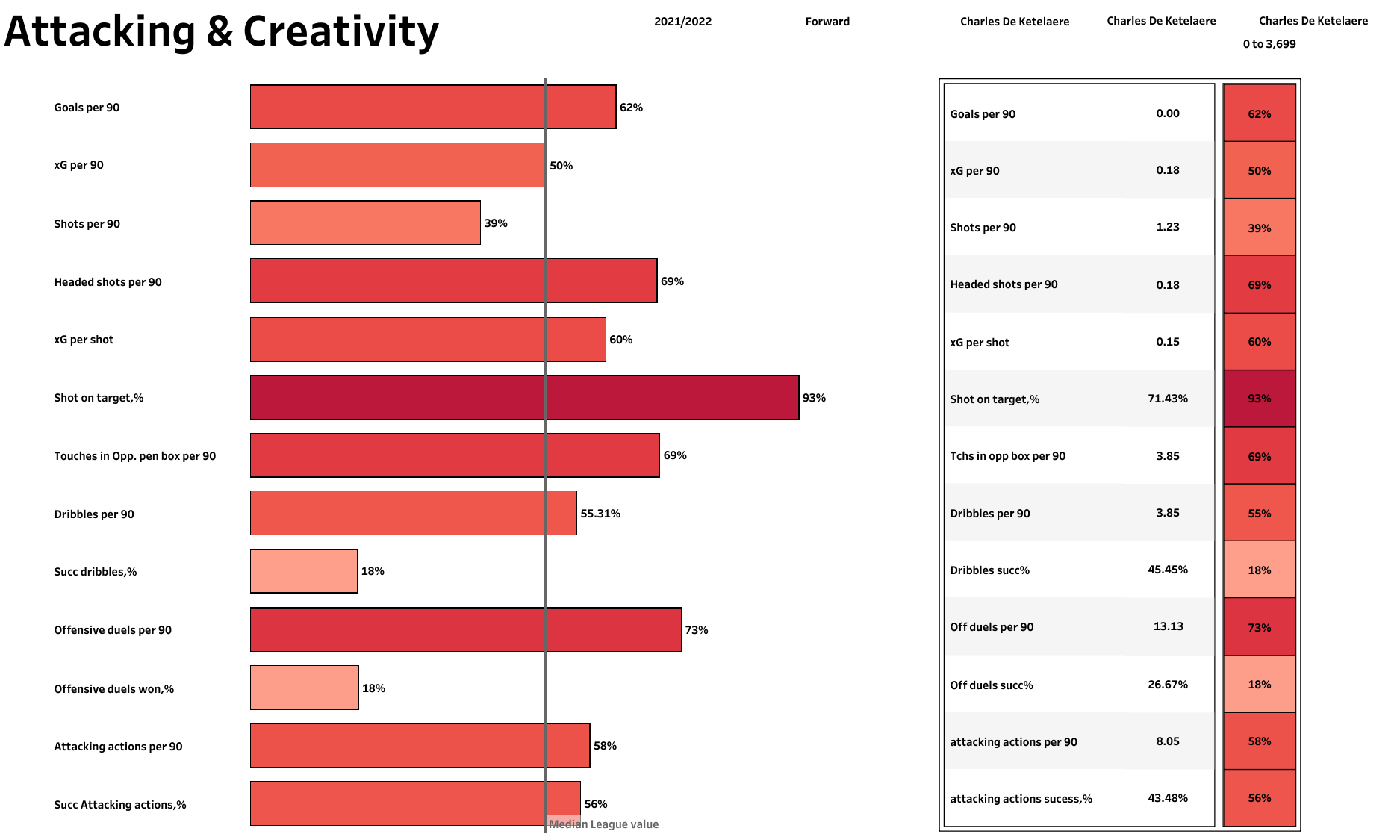 Charles de Ketelaere made six appearances for Club Brugge in the 2021-22 UEFA Champions League for 496 minutes of game-time. He failed to score even once for the Blauw-Zwart but generated an xG per 90 of 0.18. The Belgian attempted only 1.23 shots per 90, which ranked him in the bottom 40%, but his whopping shooting accuracy of 71.43% put him in the 93rd percentile among forwards. He also took 3.85 touches in the opposition’s penalty area per 90, which ranked him well above the median. 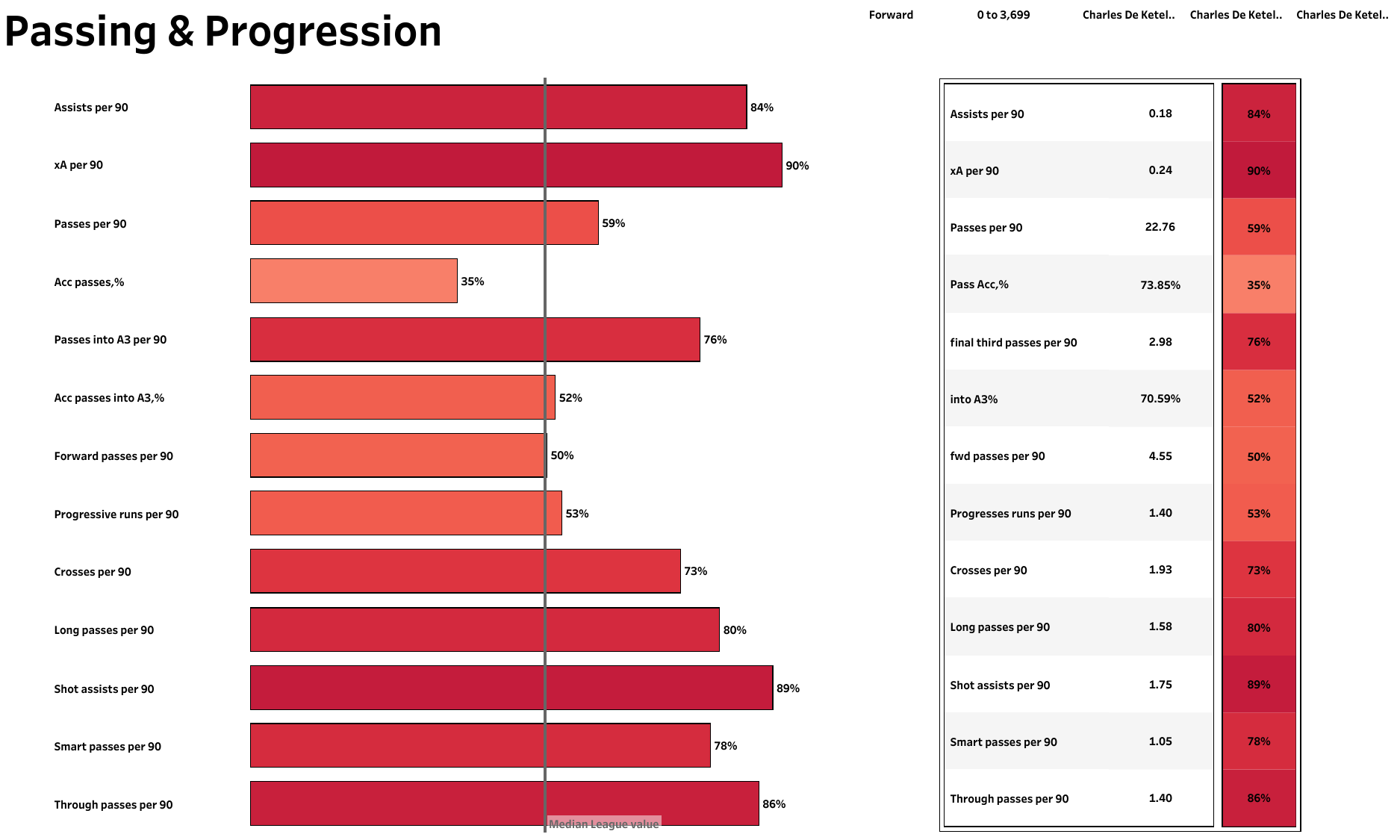 De Ketelaere may not have scored a goal, but he provided an assist at a rate of 0.18 per 90, which is slightly below the xA per 90 mark of 0.24. He ranked in the upper decile for forwards in the latter category. The Belgian’s overall pass accuracy of 73.85% ranked him in the bottom 35% of forwards. Nevertheless, he compensated for this weakness in other areas as he completed just under two crosses per 90 and 1.58 long passes per 90, putting him in the upper third for both categories. The 21-year-old generated 1.75 shot assists per 90 and 1.4 through balls per 90 which ranked him in the 89th and 86th percentiles, respectively.

As shown in the above shot map, de Ketelaere attempted seven shots and hit five of them on target. Despite not scoring, he managed to test the opponents’ goalkeepers more often than not. Only one shot attempt of de Ketelaere came from outside the box. He may not have scored on the European stage this campaign but domestically, the Belgian had 14 strikes to his name, firmly placing him in the top 10 for goals scored. 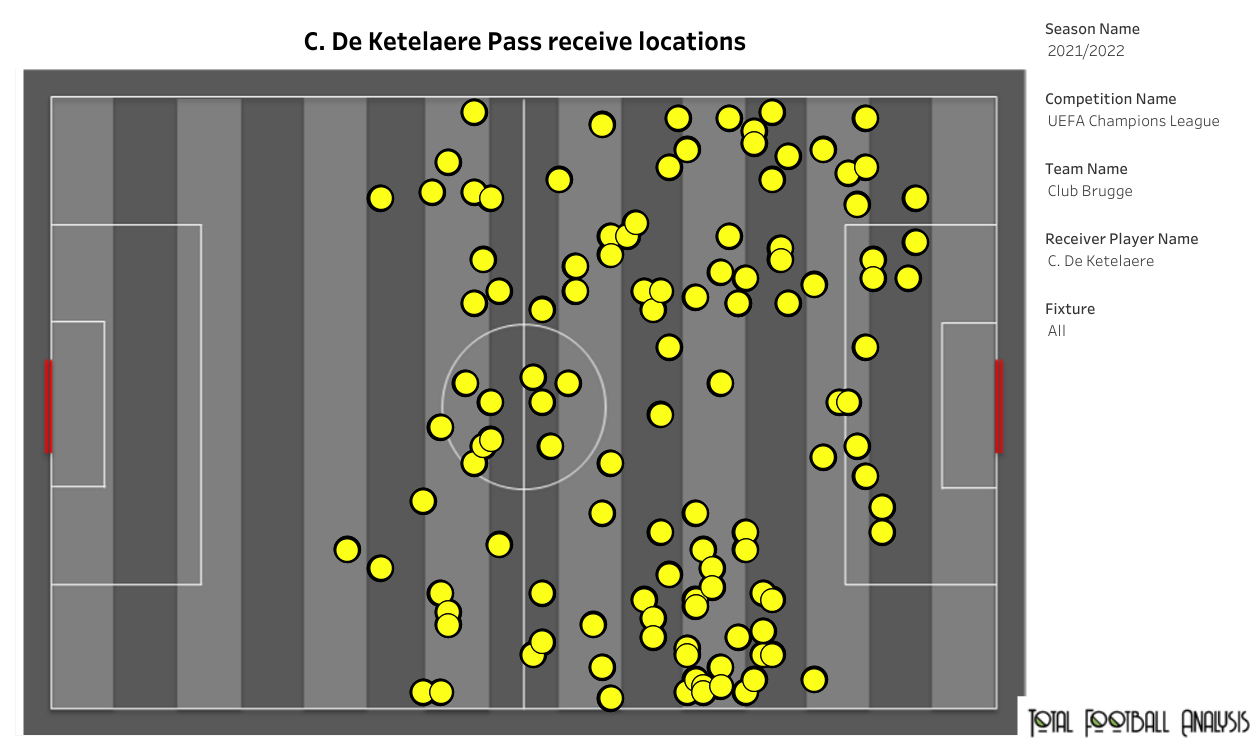 As displayed in the above visual, de Ketelaere received the overwhelming majority of the passes in the attacking third and across the front line. He often put himself in good positions on the pitch as he received 8.91 progressive passes per 90 from his teammates. He also completed 10 passes into the opposition’s penalty box.

Charles de Ketelaere has the tools required to replace Raphinha at Leeds United. However, the Whites face competition for his signature from Italian Champions AC Milan who, unlike Leeds, are competing in the UEFA Champions League group stages next season. The odds of Leeds United signing the Belgian youngster look very slim.