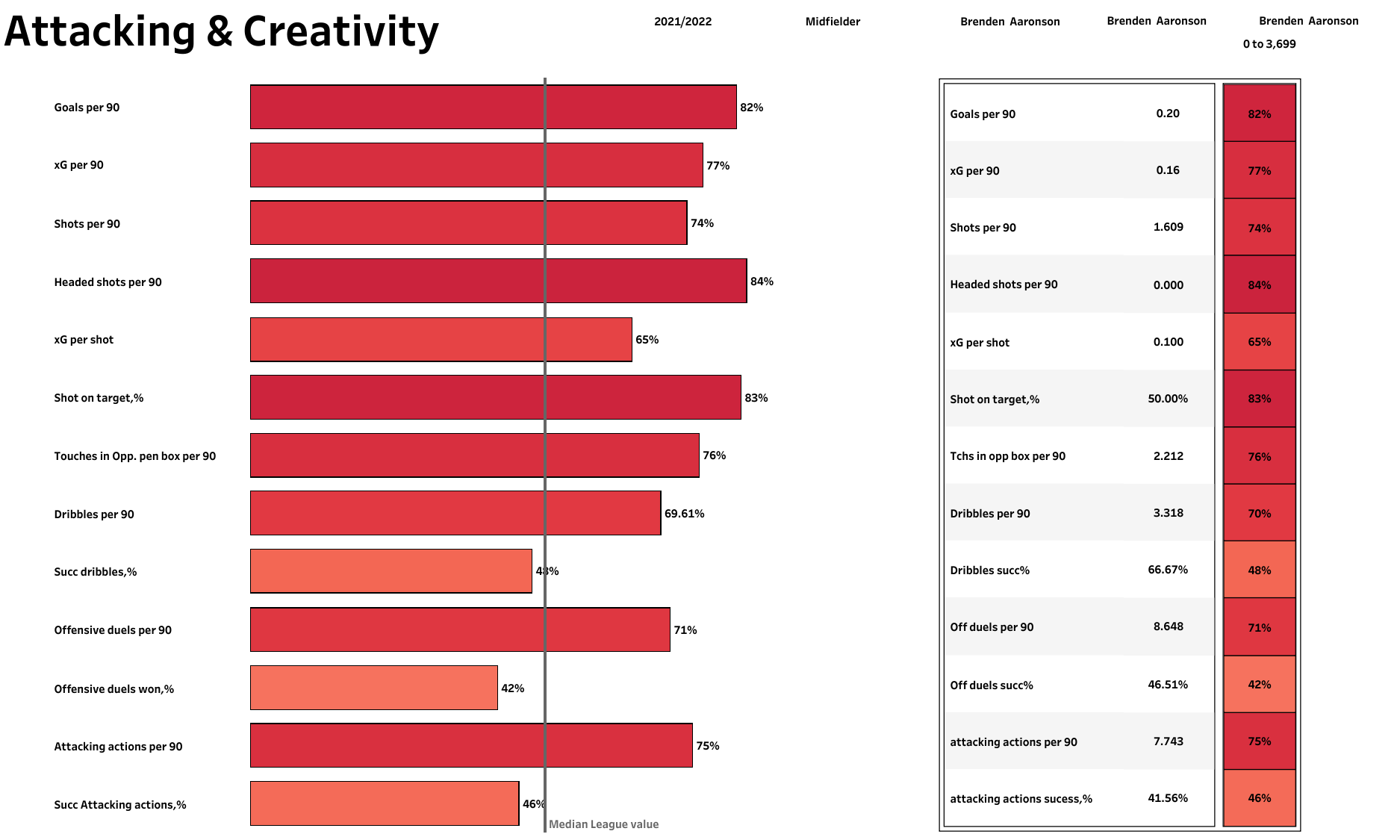 Leeds United confirmed the signing of the USA midfielder, Brenden Aaronson, from Austrian giants Red Bull Salzburg on 26th May 2022. According to Transfermarkt, the reported transfer fee was €28 million. The 21-year-old will join the Whites from the 1st of July 2022. Aaronson has been capped by his country 18 times and has netted five times. In this article, we will explore what the New Jersey man may bring to Elland Road.

Aaronson has scored twice for Red Bull Salzburg in the UEFA Champions League this season. Both of his goals have come in the qualifying play-off round against the Danish side, Brondby, at home as well as away. He has outperformed his xG per 90 of 0.16 by scoring 0.2 goals per 90, ranking him in the 82nd percentile. The New Jersey-born man has taken 1.61 shots per 90 with a shot accuracy of 50% this season, the latter of which puts him in the upper quintile for midfielders in the competition. The American has also attempted 3.3 dribbles per game, and two-thirds of his dribbles have been successful. The 21-year-old has also won 46.51% of the offensive duels he has contested.

Seen in the above visual is the shot map of Aaronson in this UEFA Champions League campaign for Red Bull Salzburg. Both of his goals against Brondby came from inside the box. Overall, the American has taken 16 shots for the Austrian side, 10 of which ended up being on target, including the two goals. Of the 16 shot attempts, half of them have come from outside the box, which means he needs to improve on his shot decision-making by running into spaces inside the penalty box and finding room to shoot. According to FBREF, his average shot distance in the UCL this season has been 21.6 yards from the goal. 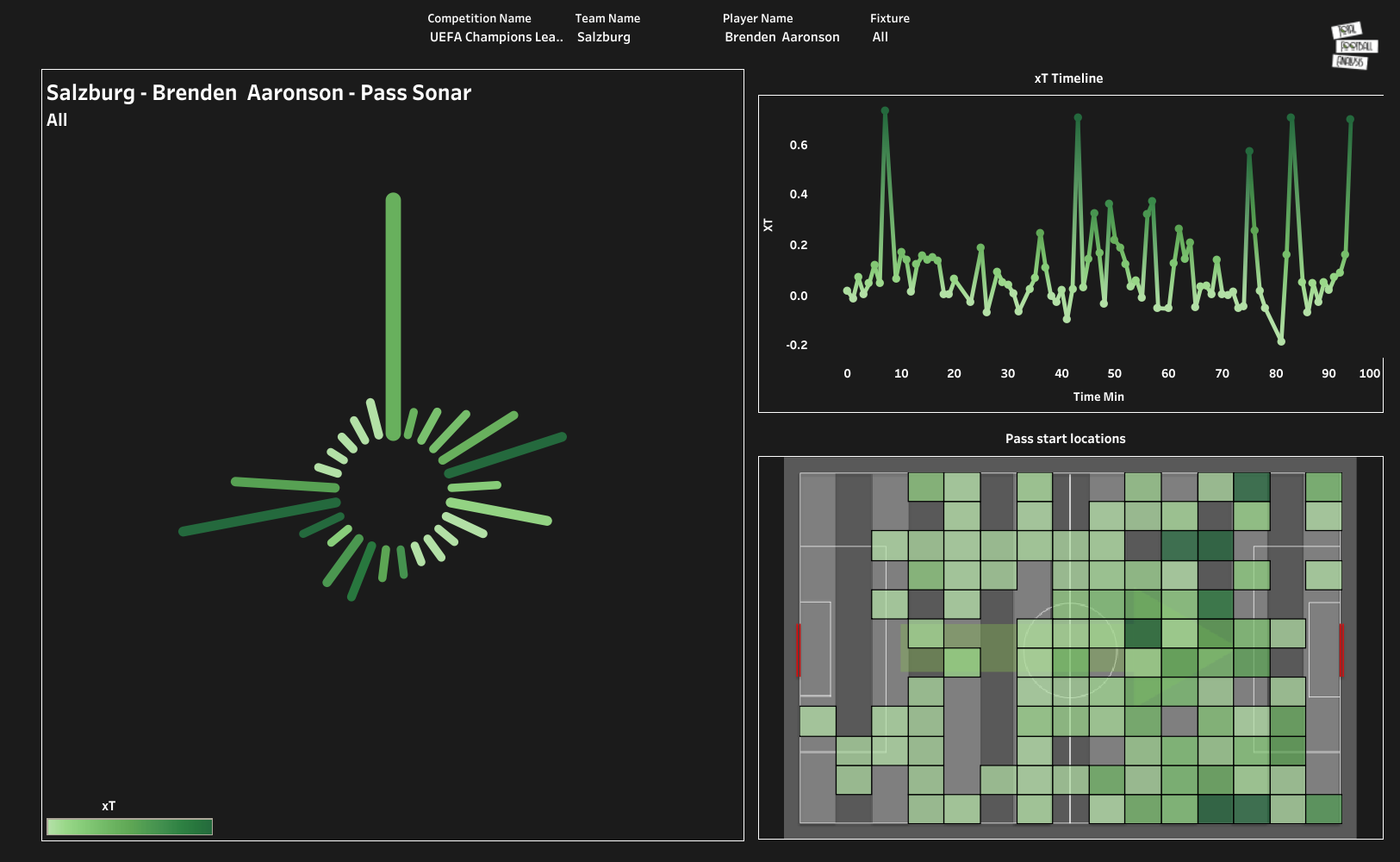 Given above are the pass sonar, xT timeline and xT map of Brenden Aaronson in this season of the UEFA Champions League for Red Bull Salzburg. The American has managed to provide two assists for the Austrian side as they reached the last 16 ahead of Sevilla and Wolfsburg. Most of his threat has come from the left-hand side of the pitch in the final third as he has had 25 progressive passes, 13 key passes, 15 passes into the final third, and four balls into the box for Die Roten Bullen.

Brenden Aaronson may need time to adapt to the English game as it is vastly different to the one in Austria. However, the creativity of the Leeds United midfield will no doubt be improved by the addition of the 21-year-old American international.